Waking Up from the Dream

Home > Articles  > Waking Up from the Dream 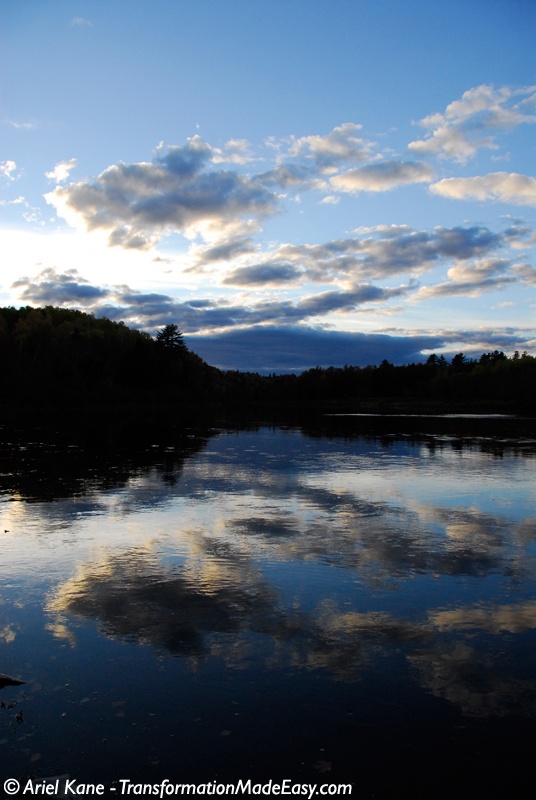 01 Jun Waking Up from the Dream

Back in the mid-eighties, we walked into a health food store and noticed a tarot card reader who, for a nominal fee, offered short sessions for the store’s clientele. The two of us were departing within the week for a six month intensive course at a meditation center in Europe and thought it might be fun to see what she had to say about our imminent trip. We had high hopes that these six months would produce the Self Realization for which we had worked so long and hard over many years to achieve. So when our turn came, we sat before her with expectations of a fun, lighthearted reading into our futures that would affirm that we were on the right path, a path that would bring us the illumination we desired. Contrary to our expectations, we were in for a big surprise. It is shocking how disturbing it can be when someone gives you information that goes in opposition to your point of view. Here, next to the 7 grain bread and organic beans, this tarot card reader told us what she saw with the best of intentions and ultimately, we did not like it.
Gazing at the faces of the cards before her, she said, “I see you are going on a trip.” This sounded like a good beginning. We hadn’t given her any information. Next she said, “And this trip is not a short vacation but a lengthy stay at a distant land. You will be traveling over a large body of water so wherever you are going, it is overseas. The cards indicate that this journey is one that is not lightly undertaken but one of a spiritual nature, rather like a pilgrimage of sorts.”

Wow, we thought, she is really good! If there had been a hidden camera recording this event, the tape of our meeting would now show us eagerly listening to catch every pearl of wisdom that this reader had to impart. It is funny how we human beings idealize our lives hoping to prove that the road we are traveling is the perfect or right one and maybe it is for awhile. But the smooth road we were on with this reader was about to take a very sharp and bumpy turn. She certainly had created credibility with us by describing the near future events that were part of the script of our lives but then she said something that sent us into an immediate panic and we broke into a cold sweat.

Looking at the pictures intently, as if to catch some subtle nuance, this woman solemnly pronounced that as a result of this trip and our experiences, we would become – disillusioned.

Oh No! We wanted illumination from this investment of our time and energy, not disillusionment, whatever that meant. It sounded so negative and we wanted our lives to be positive. Here we were, about to invest six months and a lot of money and we certainly didn’t want to be disillusioned as a result. To tell you the truth, it is hard to remember what happened next. The idea of being disillusioned by this trip of a lifetime, which we had planned to save us from ourselves and the domination of life, was suddenly upsetting. We thanked her, rather stiffly, and left that store deeply shaken by those few words that we disagreed with.

One week later we were in Europe. Six long months later, we were leaving Europe, in fact, disillusioned. On our journey, the two of us discovered that we were not interested in a counter culture way of life which by its very nature is based in opposition to that which already exists. Rather, we realized that we wanted to live from our truth, which is not for or against the so called establishment.

When we got back to the States, we thought about the tarot card reader and what she had said and finally broke out the dictionary to look up the word disillusion. We were surprised by its definition because we had thought of being disillusioned in all the terms one might find in a thesaurus, i.e. failure, disappointment, falling short of, dashing one’s hopes, etc. In fact, the primary definition of disillusion is “to free of illusion and false ideas.” What it means is that the illusion under which you have been living is dissolved so that you see the truth of the situation, as it is, not as you would prefer it to be.

This disillusionment was the beginning of our Self Realization. After we returned from Europe, we discovered that nothing was going to save us from ourselves and the domination of life. No matter where you go, you bring yourself along. Over the past years, as seminar leaders, authors and individuals living our lives, we have come to realize that the only time life dominates you is when you are not living in the moment, when your hopes for the future create an illusion of how it will someday be better than it is now. True freedom happens when the illusion dissolves and you live life directly in each moment not as you would prefer it, but as it is. If you want to live life to your potential, rather than strive to be a better you, discover who you are and how you are being in any given moment.