The Kindness of Strangers

By Shya Kane
Home > Articles  > The Kindness of Strangers 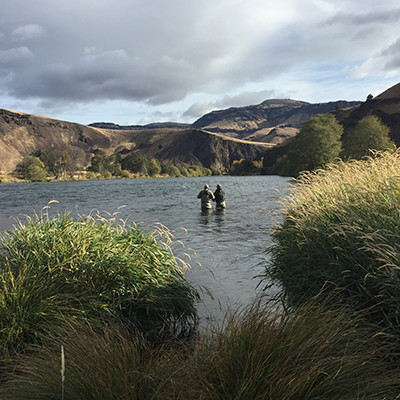 01 Sep The Kindness of Strangers

Have you ever thought about the impact that a simple act of kindness can make, how being generous can ripple out in time and alter a person’s life forever? A young man and his buddy were incredibly kind to my wife Ariel and I and our lives have never been the same. In fact, his unhesitating willingness to be so unstinting with his knowledge, time and expertise became our springboard into the art of fly fishing and it has radically influenced our life paths. 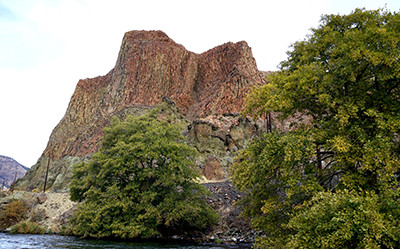 Having grown up near the ocean in Far Rockaway, NY, I have always been drawn to fishing, but came to be a fly fisherman somewhat later in life. When I was about 50 years of age, a friend of mine mentioned in passing that I might really enjoy fly fishing and that I should look into it. Not long after, Ariel and I flew to Oregon to visit her family in her hometown of Gresham, a suburb of Portland. While there, Ariel and I borrowed her parent’s car and drove to a local sporting goods store, GI Joe’s. We walked in and saw an entire array of goods from balls and jerseys to hunting gear and guns, but right in the middle of the store there was a case that held fly fishing reels and a stand with fly rods, also. I immediately noticed that while there was at least some similarity to the spin fishing rods that I was familiar with, clearly they were different.

A young man stepped up behind the counter. He was medium tall, lean with thick dark hair, wearing a blue button down shirt and chinos. Although he was young, undoubtedly only a year or two out of high school, when he said, “Can I help you?” I thought it very likely that he could.

“Well Gil, I am interested in fly fishing but really know nothing about it.” Looking at the rods, reels, lines and other gear displayed before me I said, “If money wasn’t an issue, what would you recommend I get to get started?”

“What do you want to fish for?” He asked.

“Well, there are trout and steelhead.” He replied.

“I guess trout then.” I said. “That is what we have in upstate New York where I live.”

Gil was indeed extremely knowledgeable. He patiently explained some of the rudimentary differences between spin and fly fishing – such as when you use a spinning rod, the heft of the lure pulls the line out behind it. But with fly fishing, the fly, so called because they were originally constructed to imitate flying aquatic insects, has virtually no weight at all. The line itself, Gil explained, has the weight and by using the rod like a lever the weighted line draws the fly behind it.

I don’t know what moved me to be so bold with this young stranger. Perhaps it was his innate kindness. Perhaps it was his experience that so outstripped mine. Perhaps it was his openness and patience. But whatever the inspiration, after I paid for and collected my exciting new purchase, I placed both hands on the edge of the counter and said, “Will you take me fishing?”

I don’t recall how we made all the detailed plans. I do know that Gil and his friend Rob were avid fly fisherman and that before I left that day I had Gil’s phone number and a promise for a trip to the Deschutes River in eastern Oregon.

The next day, Ariel and I flew back home to where we were living near Woodstock, New York overlooking the Ashokan reservoir. Inspired by my recent purchase, I drove to the nearest little fly fishing shop in Phoenicia. As I was standing there, looking over the confusing assortment flies one might need to fly fish in that area, a man hurried into the shop and said, “Am I too late to still take part in the fly casting class?” When the owner replied, “No we haven’t started yet.” I hastily said, “Can I come, too?”

On that day I cast a fly rod for the very first time. I then went down to the river and hooked and released my very first rainbow trout. But truth be told, that fish hooked me. Ariel soon took a class and also caught a little trout – although she and I still laugh that she caught her first fish behind her when her fly accidentally hit the water on a “bad” cast and a fish grabbed it.

In a matter of a few short months Ariel and I flew back to Oregon for our trip with Gil and his buddy Rob. It turned out that Rob had won a Driftboat in a raffle and he and Gil were prepared to not only take us down the Deschutes River, but also to provide us with an overnight camping trip. Nervous but enthusiastic, with our brand new gear including waders, we were prepared to begin an adventure. We had no clue that it would be the beginning of a way of life that would eventually take us all over the world.

Perhaps Gil and Rob had excellent teachers themselves. But whatever the reason, they were extremely patient and kind with Ariel and me. Years later, I finally caught a 180 lb. blue marlin on a fly rod off the coast of Costa Rica and Ariel has caught multiple world records with the International Game Fish Association, including the largest pacific sailfish ever recorded caught by a woman. The things they taught us on that initial trip we had mastered. But we actually began to learn them and learn them correctly right from the beginning. For instance when a powerful fish grabs your fly, you can’t immediately try to stop them as they race away or they will break off. It is true for trout and also true for a marlin or sailfish. If you want to hook a fish you can’t have a lot of extra slack in your line or they will taste the fly and spit it out before you have a chance to draw the line tight. I actually remember Gil giving Ariel gentle instructions about this on that first trip.

“Ariel, take a look at your flyline. If the fish were to hit now, would you be ready?” 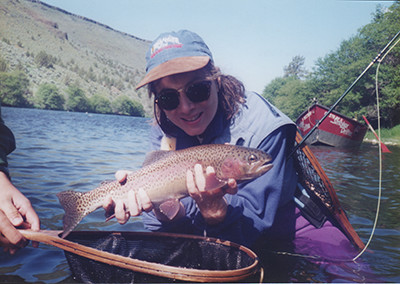 She saw the big, wide and lazy S shapes of line scrolling out down the river and could see that she would have to take up the slack in order to be ready when the fish took the fly. Toward the end of the first day, not only did we catch trout, but when we got to our camping spot Gil and Rob encouraged us to keep fishing while they got out a tent and set it up for us, placing in sleeping bags they had brought for our use. Then they made us a meal over a campfire. At the end of the trip we were well satisfied, exhausted, and very grateful. Although we had paid for the food provisions, both Gil and Rob said that what they wanted in payment was…. absolutely nothing. At the end of our adventure, we asked once again to give the pair something but they said no, it wasn’t legal. They weren’t guides and said they couldn’t accept payment for the trip – it had to be a trip between friends.

Over the last 20-some years Ariel and I have gone on to catch many fish both large and small. We’ve traveled from Alaska to the tip of South America, from a river in New Mexico to deep-sea fishing in Costa Rica, from the Seychelles off the coast of Africa to the fjords of Quebec. I lost touch with Gil for many years. I tried to track him down through his family but never managed to get in touch. I wanted him and Rob to know how grateful I was and still am for all they have given me. And I wanted them to know the difference they have made in my life. I was absolutely certain that they had no idea how their kindness would make an impact.

Recently I found Gil and Rob on Facebook. Rob now owns Water Time Outfitters and Gil works for him as a fishing guide. I must admit I was surprised when I saw a current picture of them to see them both as middle-age men with the families of their own. In my mind’s eye they are still barely out of school, wide eyed youths who had time, enthusiasm, and the willingness to so generously give us a gift. I am profoundly grateful for the kindness of two strangers. 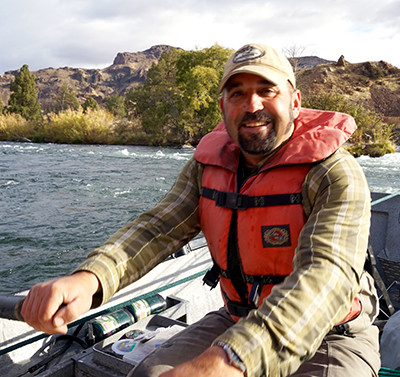 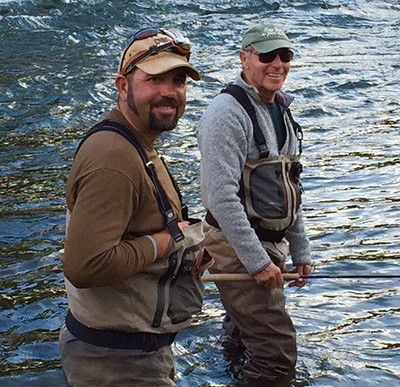