An Excerpt from Practical Enlightenment
Home > Articles  > I Love Airports! 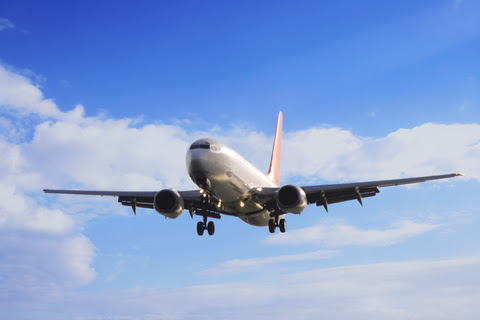 People were surprised when Kat stood up at one of our seminars and without preamble, enthusiastically announced, “I love airports!” It was a Monday evening in early spring and we had encouraged people to come up to the front of the room and talk about what was happening in their lives. Kat is a petite, dynamic woman in her late twenties, with shoulder length auburn hair. Standing on the balls of her feet and leaning toward the group, she grinned as she said, “Recently I flew back from the West Coast and I had a layover in Chicago where they’d had a sudden snow storm. When my flight arrived, they announced that my connecting flight was cancelled and they directed us to a white courtesy phone. I picked up the receiver and was connected to a perfectly nice woman who helped me re-book my flight. Then I went to a restaurant where I had a perfectly nice meal. And I got to walk around and people-watch and visit the airport shops. I was amazed that I had no complaints. I have transformation to thank for that. I used to be so upset and any little unexpected change would make me mad. At least that was how I thought of it at the time.” 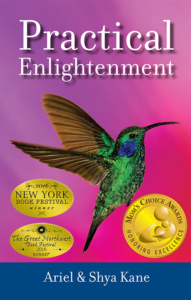 “What do you mean?” Ariel asked.

“Well,” Kat said, “I used to actually think that someone or something could make me mad.”

“Ahh, yes.” Shya said. “Most people blame outside circumstances when their anger or annoyance is triggered.

“We’ve been programmed by the cultures we have been raised in to believe that our upsets are caused by events or other people rather than realizing that our upsets are vestiges of our own un-experienced emotions. So when you blame the circumstances as though they are the cause of your emotions you are not being honest that the emotions are generated from within yourself and so they don’t complete themselves. They are not truly experienced. Their cause is placed outside you, as if you have no control over them and, in fact, initially you don’t. Initially your emotional experience is a stimulus/response, re-stimulation mechanism. As we said before, this is part of the cultural heritage, or agreed-upon belief that the culture holds as a truth.”

“And anything you resist, or don’t fully experience, persists, and grows stronger, eventually dominating your life.” Ariel continued. “This is why many people have anger and annoyance on tap. They mistakenly think that someone or something caused their upset. But what they don’t realize is that they are pre-charged and any disturbance can set off an explosion. It’s similar to a gun. It is reasonable to expect that if you pull the trigger on a loaded gun the gun will fire. But if there is no gunpowder in the cartridge then no matter how many times you pull the trigger there won’t be any resulting ‘bang.’ The better you get at saying Yes to what is happening, the less likely you are to have flare-ups when life doesn’t go the way you want.”

“In general people rarely allow themselves to feel what they are feeling” Shya said. “They are habituated to blaming their emotions on something outside themselves so those feelings can never complete. What it takes is to feel what you are feeling, not resist it, and not blame it on something outside yourself. The act of allowing those body sensations and thoughts to run without associating them or attaching them to anything else will allow them to complete themselves – i.e. be experienced out.

“Life is unfolding perfectly in each moment so you haven’t done it wrong, even if you have blamed circumstances for your emotions. But when you do, these emotions keep coming back to be completed. What it takes is compassion for yourself and others. It also takes letting go of blame/being right that someone else is responsible for your experience. You need to let go of your story that your parents are to blame, that your life is to blame, even that you are to blame. It is simply about being with your experience and feeling what you are feeling without judging yourself.”

“Exactly!” Kat said with a grin. “Now it takes a lot before I lose my center. And you know what’s cool?” she asked the room at large. “I didn’t have to tell myself not to be annoyed – I just wasn’t.

“I’ve heard the two of you say over the years that ‘nothing matters and everything matters’ – that nothing is worth losing your state over and it’s possible to go about your life as if everything you do and every moment is important, not just the moments I would prefer. I realize that for me, it’s no longer just an idea. I actually go about my life this way. Of course I lose it from time to time and I get annoyed but it’s become so much easier to see my annoyance and not judge myself for it.”

“That’s brilliant Kat,” Shya said. “Most people spend a lot of time in transit – in airports, morning commutes, in line at the bank or supermarket, and they think that in those moments their lives are on pause while they’re traveling to their intended destination or until they step up to the window to do their business. While waiting to get where they are going, people complain and even socialize via complaints. The miracle of air travel, the wonder of a car, are both deemed ordinary. But when you’re here and say Yes to what is happening in this moment of your life, then even ‘ordinary’ moments, mundane tasks and events are extraordinary.”

Kat grinned again. “I love my life!” she declared and without further ado, she returned to her seat.

Clearly Kat has learned a valuable skill set – the ability to say Yes to situations over which she apparently has no control. She has discovered how to treat the circumstances as if they were her preference and as though they are her idea to begin with which gives her ultimate control. All it takes is wholeheartedly engaging with life as it unfolds.