Mathematics as a Path to Enlightenment 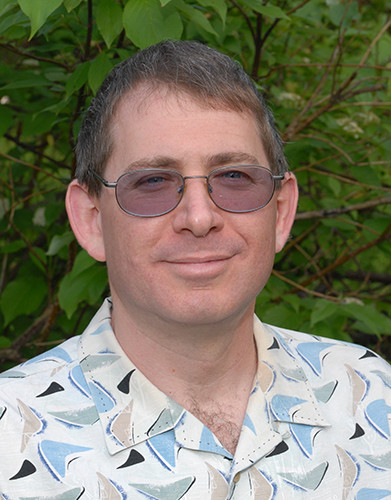 15 Oct Mathematics as a Path to Enlightenment

Posted at 14:57h in Enlightenment, Fun by admin 2 Comments
Share

Mathematics has always held a transcendental beauty to me, but it took some special people to show me that it also held a path to enlightenment.

While I’m no professional mathematician, I’ve had a passion for math since I was a child. I was never satisfied merely knowing how; I always pressed my teachers also to explain the why. It was never enough to know how to reach a solution. I asked questions such as: why did that algorithm yield the solution and is that the only path to the solution and is that really the only solution?

This quest for understanding has served me well in the profession that ultimately attracted me: computing. More, mathematics plays a significant part in my work. In that sense, I think of myself as an applied mathematician: it is an ever-present tool in my work.

I’ve tried to share my passion with my two children, although perhaps using unconventional approaches. For example, a punishment I’d use in cases where they’d misbehave would be no math today. It worked. Even after several – though thankfully few – of their teachers teaching math by rote, my children retain a joy for math that reflects a fundamental truth: it’s all about the fun in solving a puzzle.

As important as that fun is, I’m also often taken aback at the beauty in mathematics. I recall one telling incident during an early algorithms class for my computer science masters degree. The teacher was explaining some technique for analysis of an algorithm, and I must have muttered, more loudly than I’d thought, “that’s gorgeous.” The person next to me looked at me oddly. Later, she asked how I felt about sunsets and rainbows. “Oh, those are nice too”, I replied.

At around the same time as I was taking that class, my wife and I had started working with Ariel and Shya Kane. They teach something they call, with both humor and truth, the Slack-Jawed School of Enlightenment. It is a low-pressure, low-stress, approach to looking at one’s life. Upon becoming aware of some previously unknown – and possibly undesirable from a certain perspective – aspect of one’s life, one need not judge oneself harshly or punish oneself. Instead of being hard on oneself, one can merely notice it. The idea is to experience more of an open-mouthed “huh – I did that” than any type of harsh judgement or forceful push to change.

It sounds simple. It is simple. But simple is not equivalent to easy. I’d often notice something and then have harsh thoughts about myself – a kind version being “you idiot” – well before I recalled that I needn’t be hard on myself. Typically that would just lead to a secondary chain of harsh thoughts as I complained to myself about my being hard on myself.

It was something very specific the Kanes said, at one of their workshops that I attended, which freed me from that chain.

Somewhere in there, peace is found.

The applied mathematician and computer scientist in me immediately recognized this as an example of recursion. A recursion is a function which uses itself in its definition. This yields a self-repeating process of potentially infinitely length. 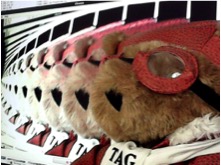 Mathematically, a simple example of a recursive function is:

Computing, for example, f(10) – the function applied to the number 10 – involves:

A path to peace and enlightenment through a mathematical algorithm. It’s yet another expression of the beauty in mathematics that it can yield such freedom and peace.

Please join me, my wife, and many of my friends as we collaborate with one another and with the Kanes in our exploration of peace, enlightenment, and transformation.

That was gorgeous! I love how the Kanes’ principles can resonate so differently in each of our own lives. And ultimately, bring each of us peace. Thank you, Andy.

Thank you Andy! This is classic, I love it.

I fell in love with the negative powers of 2 in childhood – something gets smaller and smaller when you remove half, but never quite disappears. An illustration of eternity, or something. Also gorgeous.

The camera/computer image is an upgrade of mirrors reflecting away toward infinity, which I’ve always enjoyed since being in a hallway at my grandmother’s where you could do that. I loved the mystery but also the understandability of it. Like math.

And I was happy that my badge number for my new job as Park Supervisor is 371. I had hoped it was a prime, but immediately saw that if you took off 21 you were left with another multiple of 7. But 7 x 53 is pleasurable. 7 cubed would have been outstanding but I can enjoy 7 x 53 and make it my choice..

That’s something I’ve learned from Ariel and Shya’s workshops – that happiness comes from loving what you’ve got, not pining for something different. I’m loving 371!

And being hard on myself was something that seemed to come with breathing. But I’m learning to see it as something actually separate, not an intrinsic part of me or of life. I can now catch myself doing it and step out. Like moving one of the mirrors – it breaks the sequence.. If I want to. That’s liberation!

I’m participating in the weekend workshop “Say Yes To Your Life”, – in a few hours!!!!