Footprints in the Sand

Home > Articles  > Footprints in the Sand 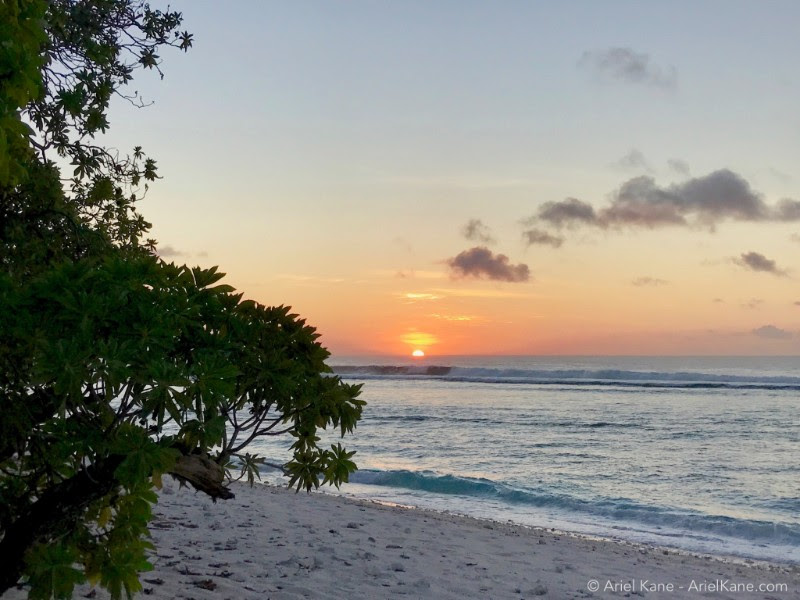 01 Aug Footprints in the Sand 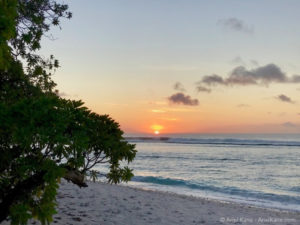 For several years Shya and I travelled down to Great Harbor Cay, on the Berry Islands in the Bahamas. We traditionally rented a little condo on this small sparsely populated island with windows facing east overlooking the ocean – a beautiful place to watch the sunrise to be sure. On many mornings, I went for a walk on the beautiful sandy beach. The shore is long enough that I could easily go for 45 minutes in either direction, enjoying the lap of the waves while keeping a sharp eye out for treasures that the sea had dropped on the sand overnight. This little beach is its own world, one where “rush hour” happened when I occasionally saw another human being – perhaps two. While this stretch of sand is sparsely populated I still was not the only Beachcomber. Sometimes when walking along the beach I followed the tracks of a fellow explorer, noticing where he or she had veered left or right to investigate an interesting-looking tangle of sea grass that had been deposited by the waves upon the shore.

I must admit I really prefer being first to cross the virgin sand after it has been smoothed by the receding tide. When I have come upon the tracks of someone who has come before me, it spurs the notion that I have fallen behind somehow, that I am too late, that everything of note to be discovered has already been found.

One morning, Shya and I stepped out our door and debated briefly whether to turn left or right. He, fly rod in hand, me wearing my light cotton tee with a kangaroo pouch on the front ready to tuck away little treasures. I was also wearing my small belly-pack, complete with water bottle, tissues and more room for seashells inside. Everything a gal needs for a trek down the beach.

We decided to go left, toward the point where the sea wraps around, often leaving interesting shells. It is also where small fish, mainly schools of jacks and pompano, chase baitfish and are likely to take Shya’s fly.

As we walked along we saw a needlefish, a long toothy creature, cruising the shallows. Farther out, shoals of tiny minnows jumped, silver waves fanning out, cascading back into the slick water as they tried to evade a predator below. Occasionally little sandpipers bobbed and weaved their way up and down the gentle rise of sand in search of edibles too tiny for our human eyes to see.

As we walked in the wavelets, Shya’s gaze was pinned on the water as he scanned for the silhouettes of fish, ready to cast the fly, my attention kept being pulled to a flash of light or a daub of color as seashells winked at me in the morning sun. It was a leisurely adventure, not really going anywhere even though our feet were taking us toward that point of land in the distance. When a small school of jacks came hunting, we both caught and released several as we took turns enticing them to eat our imitation shrimp fly.

Eventually we came to the point and Shya waded out down a long sand bar to see if he could catch one of the larger predator fish cruising the water on either side of the underwater spit of sand. I, on the other hand, rounded the corner and ranged up the beach to see what seashells had been left by the ocean overnight. But to my surprise, instead of an unblemished surface, I found footprints in the sand.

Oh no! I immediately thought. Someone was here before me. From nowhere my leisurely morning’s mood disappeared and my competitive nature surged forward, activating those niggling insecurities that whispered: You’re behind. You missed your shot. You’ve lost out.

Prompted by those thoughts, my steps quickened, heart thumped and breath hitched. How could they have gotten here before me? Shya and I came out to the beach virtually at first light.

Scanning ahead, I saw how the trail zigged and zagged and I began to follow it. Several yards down the beach, as I took a step, I noticed that the footprints I was leaving in my wake looked suspiciously the same size as those I was following. I stopped in my tracks. Actually I stopped next to my tracks also and I tipped my head back and laughed. I finally realized that the person I’d been competing with was actually the ghost of myself, for I had come this way the night before. As I looked, it became clear that high tide the night before had not come up far enough to obliterate my prints from yesterday’s beach adventure. I smiled to myself, reminded of Winnie-The-Pooh where Piglet and Pooh follow their own tracks as they circled around the same tree again and again.

Relaxed once again, my eye returned to seeing the wonders in front of me. My attention was no longer turned inward upon perceived failings, and I was no longer subjected to that automatic self-defeating mental diatribe. My stride evened out and I enjoyed the movement of my legs, the textures under my bare feet as I turned around and begin walking back toward Shya.

Suddenly I caught sight of a delicate seashell standing in the fresh sand looking like a pair of butterfly wings poised for flight. Opalescent interior in pearl, aqua and pink contrasted with the darker outside. The outer edges were not smooth but adorned with many points, feathered fingers that would interlace when closed, currently reaching toward the sky. Gently I collected the shell, wrapped it in a tissue and tucked it in my pouch for the walk back to the little bungalow where we were staying.

As my feet found their rhythm, I quietly mused about how odd the notion was that I had missed an opportunity, that I was somehow “behind.” For I had just discovered not only a delicate treasure released by the sea, but the far greater wealth-of-being that happens when I let go of the reflex to get ahead, allowing myself the luxury to be right where I am instead.