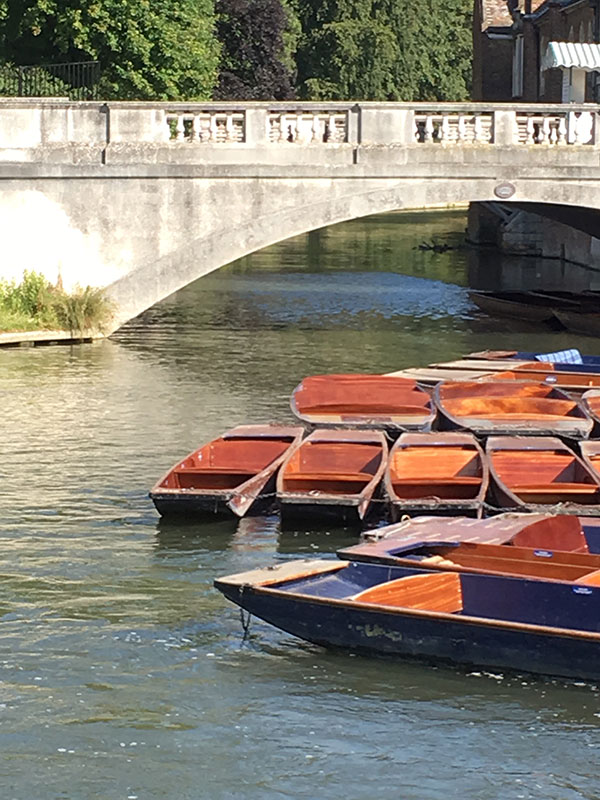 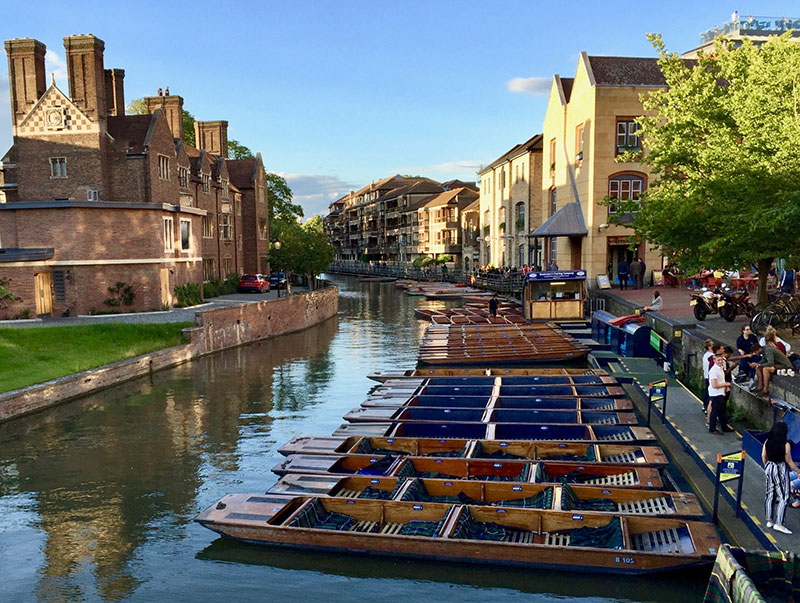 It was a late Saturday afternoon in Cambridge, England and we only had ten minutes remaining in our seminar for the day. The group sat before us, faces upturned, looking to us for direction, inspiration, or something else. The conversation had stuttered to a stop as people were wrestling with how to express themselves. Ariel and I had offered them the option to leave early, but folks sat rooted to their chairs wanting to stick it out, hoping that someone else might step up and save the day.

As the group’s tension grew, I became aware of my surroundings. To my right, past the table where our books were arrayed, was the river Cam out the window. It was a sunny July day and the trees were deep and leafy green; I could hear the distant sound of people. Straight ahead the view was not so picturesque. Our perspective out that window was a brick wall. Gazing straight ahead as I patiently waited for the next person who wanted to speak, I was suddenly reminded of a joke my father Max told to a visiting rabbi from his deathbed. The rabbi, who volunteered his services to the hospital, came around and knelt down by my dad’s side, looking to offer comfort in his final hours. My father looked at him and said, “I have a joke to tell you.” The rabbi sat back on his heels and looked at my dad expectantly.

“There was this man who went to ‪the Wailing Wall in Jerusalem where people offer up their prayers to God,” Max said. “When the man was done praying another fellow approached him and asked, ‘Did you feel God there?’ The man thought about it for a moment and then replied, ‘Sometimes yes – other times it feels as if I’m talking to a wall!’”

Ariel and I thought this joke very funny, the rabbi not so much. It was the first joke I’d ever heard Max tell and I thought it was amazing that my dad retained a sense of humor as his life on this earth was ending. I admired his courage and his wit.

As I my gaze settled back on the individuals sitting in the room that day with the brick wall behind them, I smiled to myself, thinking: yes, sometimes this is like conversing with God and at other times it’s like talking to a wall.

Suddenly, Ariel jumped out of her seat, crossed in front of me, and stood at my side in the area where the participants had been standing when they wanted to address the room. Normally I can predict what she’s going to say, even if not the specific words, the general direction of the content. She and I tend to think along the same lines and sometimes it’s as if she has directly vacuumed the words from my head and I hear them coming out her mouth – but not this time. I was curious to see what would come next. To my great surprise she stood there and said something deep and meaningful. To be exact, she took a moment and said,

Then she paused, looked around at the faces once again and very seriously and sincerely said the words,

I took over from there. “We’re all afraid of making mistakes. So we second-guess what we have to say. What would happen if you give yourself permission to simply be yourself and express yourself without trying to be ‘deep and meaningful’ or without trying to look good, be liked, or make an important point?”

As I sit down to write this article, I am reminded of my own words to the participants that day. I don’t need to have something important to say. I just need to be willing to speak up and realize that being myself and expressing what I have to say in any given moment is enough.

You are enough. Your perspective is unique and yours alone. Your voice is one that cannot be replicated by another. Not even Ariel can replicate my voice, although there are times when our message is deeply entwined. I want to sum up by simply demonstrating what happens when I take the initiative to express myself: my life and my life experience becomes magic again and again, and…

Thank you! Very encouraging – to speak up.
?