The Kitten Chronicles: Time Out

By Ariel and Shya Kane
Home > Enlightenment  > The Kitten Chronicles: Time Out 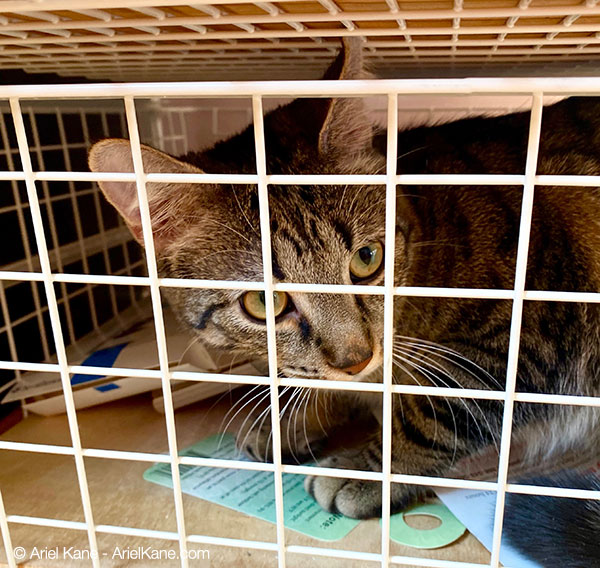 07 Dec The Kitten Chronicles: Time Out

Posted at 10:00h in Enlightenment, Relationships by Valerie 0 Comments
Share

Occasionally our kitten, Baby, gets herself into places where she has difficulty getting out. Like the time she scaled the space between the window and the back of a set of built in drawers up in our loft space. The roof is pitched there. And while she could roam around on top of the back end of the chest of drawers, she couldn’t go back down the way she came. When she tried to shimmy under the slanted roof, it was a daunting prospect, too. On that particular occasion, we stationed one of us below in case she should fall and the other in front to help her back to safety again. We think she learned her lesson, though, as she hasn’t tried that maneuver again.

The other day, however, she was in a feisty mood. Baby had been rushing up and down the stairs and investigating all the windowsills, desktops and nooks and crannies she could find. Suddenly we heard a rustling from the corner. While Baby regularly rustles around, this was a new and unusual sound. Upon investigation, we discovered that she had literally put herself in Time Out. Somehow Baby had managed to climb up through a gap in between the back of our wire mesh storage rack and into the bottom drawer. There she was, peering out of a cage of her own making. Not unlike us humans, we thought. Sometimes we put ourselves in a corner without provocation. After a brief interlude where we stared at each other from opposite sides of the mesh, we opened the drawer for her as we figured she had had enough Time Out.