The Kitten Chronicles: Animating Your Adversaries

By Ariel and Shya Kane
Home > Communication  > The Kitten Chronicles: Animating Your Adversaries 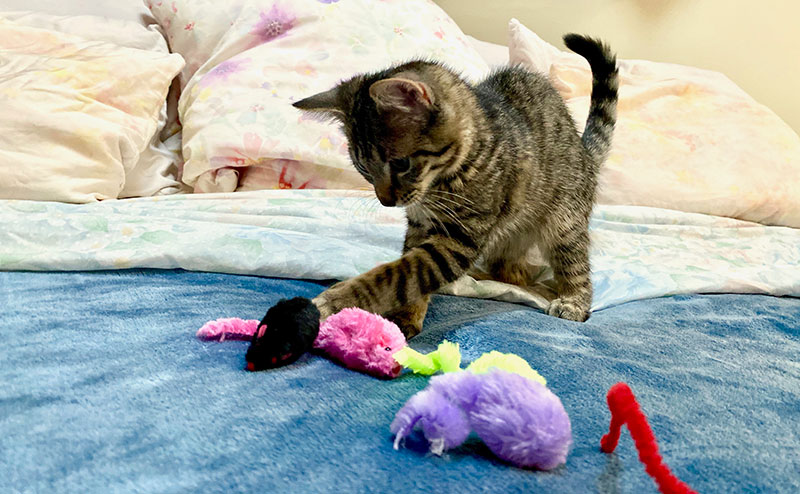 Posted at 10:00h in Communication, Enlightenment by Valerie 2 Comments
Share

Our kitten was born spring loaded to fight her adversaries – even when there aren’t any. She is masterful at pouncing, rolling, tumbling most anything that has the potential to move, even her own tail. We know better than to try and cuddle when that tail flies like a flag, for the hand that feeds her can easily become her next target.

The first time we saw our kitten, Baby, proudly carrying one of Ariel’s white sport socks in her mouth, we realized that she had conquered her first “mouse”. A red pipe cleaner being animated by a kitty shaped alarm clock is our regular 4:45am wake up call. That pipe cleaner, which typically sits in a box under the stairs before we go to sleep, somehow regularly scuffles with Baby between the mattress and headboard in the wee hours of the morning. 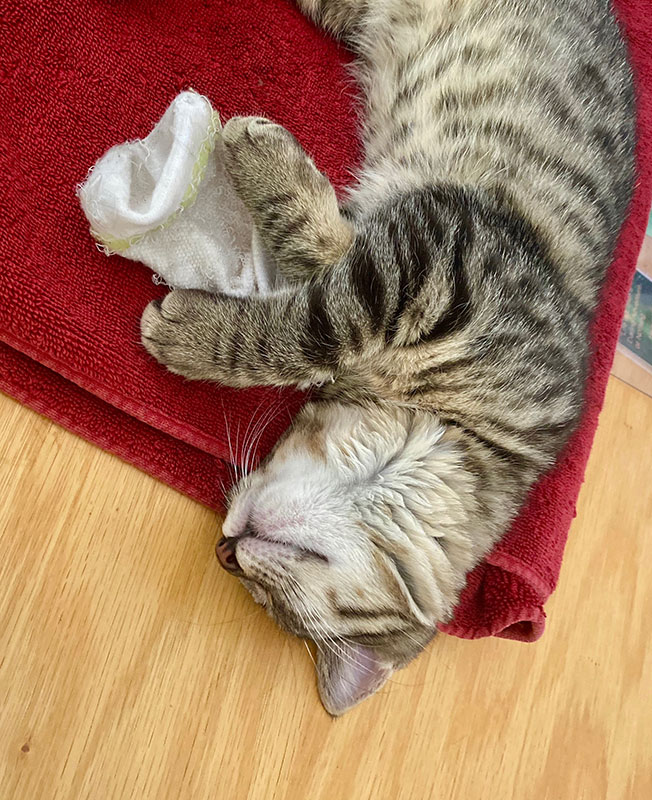 It’s amazing how the socks, mouse toy, and pipe cleaner can lay undisturbed for hours. Then suddenly, seemingly out of nowhere – perhaps out of boredom, perhaps drawn by nature – the mood strikes, and they are her adversaries once again. That dormant little white sock gets caught on a claw and suddenly it’s attacking her back, generating a paroxysm of rolls and leaps and tail whipping. Sometimes Baby will eviscerate it with her back feet and at others she seems to clutch at it like a lover. But one thing is for sure, she won’t leave her adversaries undisturbed for an entire day – or night. Particularly in the wee hours of the morning they haunt her, and she must dispatch them – not unlike her human parents who from time-to-time can be awakened by a repetitive thought.

Our kitten is a perfectly fierce reminder that when the mood strikes, anyone can pick a fight. It’s so easy to find an adversary, political or otherwise, and think that he or she is disturbing us rather than recognize there are times when we are simply primed.

Oh my! Your kitten and I have so much in common. I too can battle with an adversary or feel I am bothered by someone or something at the drop of a hat …or sock. I love that with the technology of Transformation all I need do is notice I’m “primed”. There’s freedom in that awareness. Thank you for the reminder.

I swear your beautiful kitty is smiling in the photo!