The Kitten Chronicles: My Ten-Speed

By Ariel Kane
Home > Enlightenment  > The Kitten Chronicles: My Ten-Speed 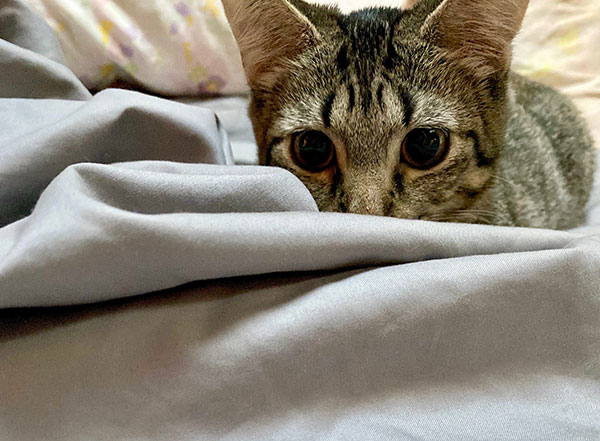 01 Feb The Kitten Chronicles: My Ten-Speed 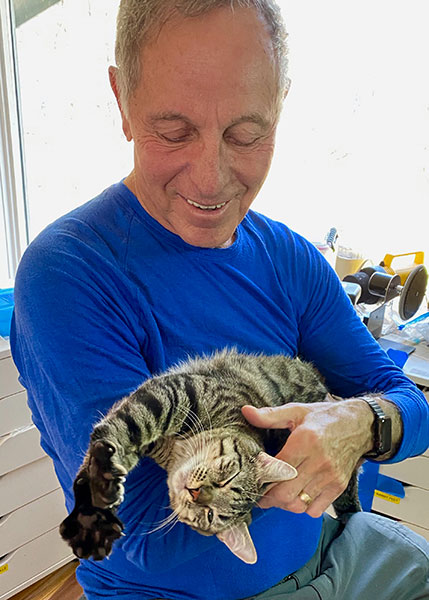 When I was young, I worked for a summer to save up the money to get a ten-speed bike. My childhood home was in a hilly rural area, a few miles from Gresham, Oregon where I went to school. The town proper was also where my grandparents and the majority of my friends lived. It was primarily a breezy ride downhill going to visit my friend Jill or spend the afternoon at Grandma and Grandpa’s, so my old and battered three-speed had done the trick. But my shiny new yellow Schwinn made it so much easier to ride up all those hills on the way back home. 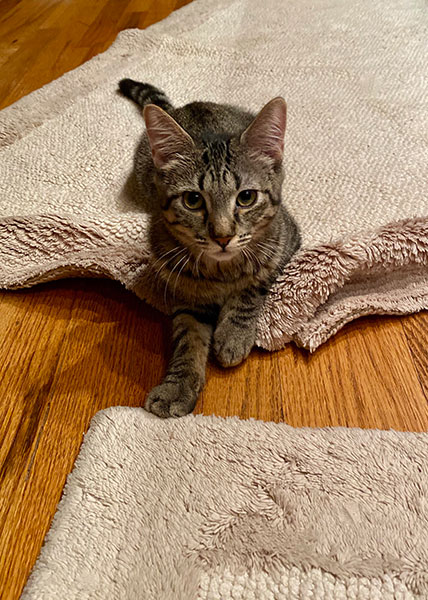 Now I have a new ten-speed that I am thoroughly enjoying. She is not a yellow bike but rather a fawn colored, striped domestic short haired kitten whose name is Baby. Very early on I became aware of Baby kicking into gear and galloping down the hall when she would hear one of us head toward her food room – her paws as thunderous as a young kitten’s could be. Even now, when the sound of her paws striking wood and tile doesn’t work, and she senses we might walk past her food bowl, she switches gears to her sheep herding technique, blocking our forward momentum, nudging and guiding us to turn toward the destination of her desire.

Sometimes, Baby turns into a crazy cat, rushing up and down the stairs, dashing from surface-to-surface in a barely controlled flurry of fur. At other times she is sinuous and slinky winding her way around our ankles. And at still other times, when Baby is in a curious or mischievous mood, she effectively minces her way through a thicket of framed photos or behind the dormant orchid plants sitting on a file cabinet in the window.

Baby loves to stalk bugs and toys. She will crouch down, a still silhouette until, hind-end wiggling, she will leap into action, pouncing on the object or insect that has captured her interest. And very occasionally she will look me dead in the eye as she sashays directly toward me before leaping into my lap.

Recently she has taken to flopping on her side at Shya’s feet, tail twitching, rolling on her back, all in a coy invitation for him to give her belly a scratch. And when he does, she goes “in for the kill” pulling his hand towards her with her paws (claws still retracted) as she playfully bites and conquers. 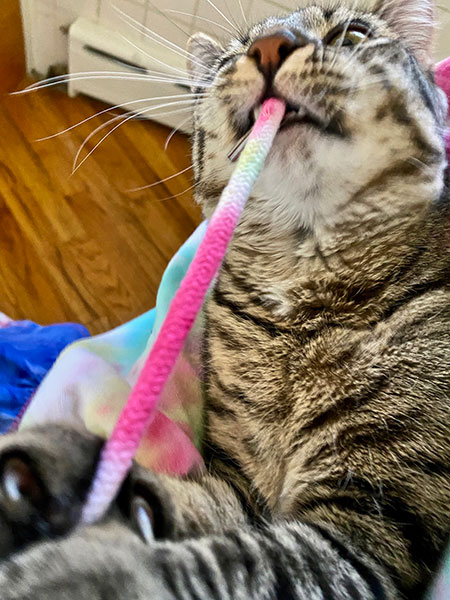 But of all her various speeds, the most fantastic is one we have come to name “Jackie Chan,” after the martial arts master who is known for his slapstick comedy stunts, sometimes literally bouncing off walls. When we are playing with Baby and she is chasing her bright feathered toy suspended from a stick by a string, she can get going fast enough and wild enough to place all four paws on the end of the bed, on the front of a chair or on the wall and bound off that vertical surface without breaking stride.

We love our ten-speed. As we watch her continue to grow she seems to be spontaneously developing more speeds than we can count.