Experiencing Mastery in the Workplace

By Madhu
Home > Enlightenment  > Experiencing Mastery in the Workplace 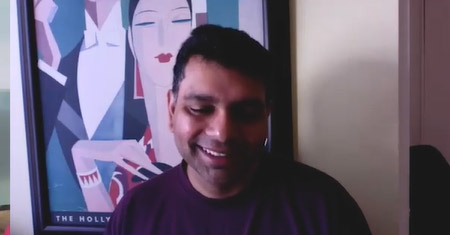 30 Oct Experiencing Mastery in the Workplace

In the time since I asked this question I did indeed land a new job and the experience has been vastly different from my experiences at any other previous job I’ve held. I’ve approached this position with the feeling that I’m already good at it and bypassed my old mentality of ‘needing-to-learn-things’ before I can contribute and be effective. It’s a profoundly different shift for me and I can already see evidence from the comments of my colleagues that I am actually being effective. For example, one person remarked that I must have been using the software for years because I sounded so experienced when in reality this is the first time I’ve been engaged on a project using that particular software.

Another thing that’s gotten in my way in the past is wanting to be liked so I would squelch whatever I’d want to say for fear of not rocking the boat, seeming stupid/outlandish, etc. And again in this new job, I’m now finding myself increasingly bypassing that governor and expressing whatever needs to be said and seeing that my remarks are actually making a difference and impacting the project in a positive way.

Yet another difference I’ve noticed is that I’ve taken the lead in meetings and conducted them which unsurprisingly as a Project Manager, is part of the job description. However, I’ve been a Project Manager at previous companies and I’ve always approached this aspect of the job with trepidation. I would traditionally let others take the lead (especially when they are more senior) and have meetings be derailed or go over time. In general, I wouldn’t own the meeting and I would abdicate driving the agenda and conversation. In contrast, now I’m finding that the fear by and large has dissipated and I’m able to run things more smoothly than I’ve ever had in the past.

SO a very huge thank you for your coaching and patience as I’ve been able to really achieve a level of mastery in my career that I’ve not ever felt before!

There’s a lot here that one can relate to including myself. It’s great that you’ve wanted to address your mindset and shed these “self-imposed restrictions.” You’re a better person for it.