Who is the Designated Driver of Your Life?

By Ariel Kane
Home > Articles  > Who is the Designated Driver of Your Life? 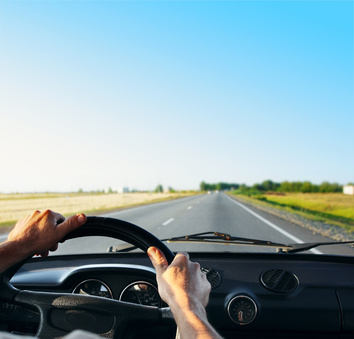 01 Dec Who is the Designated Driver of Your Life?

Shortly before the car accident that our friends were in that could potentially have ended several lives, one passenger in back seat had the passing thought, “I wish I was in the driver’s seat,” but he didn’t pay attention to his intuition. Another back seat passenger saw that the driver wasn’t heeding the signs indicating a turn ahead and thought, “Oh well, she knows what she is doing and where she is going.” The front seat passenger gave the driver’s chatter and the route no thought at all. He wasn’t in the driver’s seat after all.

Luckily, the ensuing car crash due to “distracted driving” only totaled the car but did not seriously injure anyone. But it got us thinking that in that car, on that night, there was no designated driver. Each person, including the woman operating the vehicle, abdicated responsibility for the drive and arriving safely at their destination.

Of course many accidents are just what the name implies: an accident – an unintentional, unfortunate happening, something that is unexpected. But many of life’s “accidental” events are really an extension of how we are living our lives. We are often times passengers being carried along by circumstances and subject to the whims of those around us rather than living life directly, rather than being our own designated driver on the road of life.

If you want to get back in the driver’s seat, start by keeping your word with yourself. Every time you say you are going to do something and then blow it off you get a little bit sleepier, you will find yourself dull. Next, actually be where you are. The people in our car accident story were either lost in the past – talking about their childhood, trying to extend the “fun” from the party from which they had just departed or they were wishing they were home in their beds already, rather than being engaged in the ride.

Last but not least engage, be interested, be direct. Why not pay attention to your hunches and act upon them? Why not speak up when in doubt? It is your life after all. Why not sit firmly in the driver’s seat of your own life with your hands upon the wheel?