A Tribute to My Brother

From Dave in Winnipeg, Canada
Home > Enlightenment  > A Tribute to My Brother 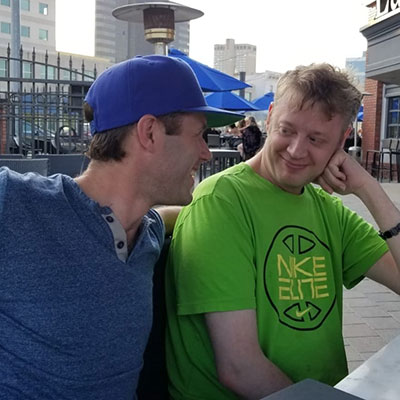 10 May A Tribute to My Brother 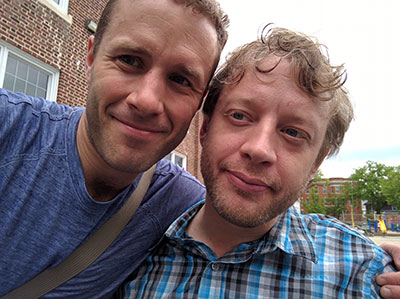 Daniel is my brother, one year younger, one of a twin, and one of five siblings. He was an incredibly passionate pilot from his late teens until he was formally diagnosed with Huntington’s Disease and no longer able to fly. We were well familiar with this illness, as our mother also had Huntington’s Disease and passed away when she was 48. So we thought we knew what to expect when he was formally diagnosed in 2011, by which time the symptoms were evident. Being younger than our mother when he was diagnosed, the illness was more aggressive in Dan, which meant he progressed through the stages more quickly and more severely.

Luckily it happened that I had moved to the same area as Dan and our father moved from the east side of Canada to Winnipeg, where Dan and I lived, to help care for him. The three of us didn’t expect to have this opportunity to be close again, but I am grateful for the gift of getting to know them both in a new way – to see the caring and loving man that my father is, and the kind, gentle, outgoing spirit that my brother was.

Earlier this year Dan’s condition took a turn towards the end – more quickly than I expected but not unexpected. The time of Dan’s passing was sweet and intimate. We had time to anticipate and prepare, which was a gift to us considering the nature of the illness. All my siblings came from far away to be with him for his last days, and we had other family join, as well as many of Dan’s friends. A very beautiful part of it for me was being able to see how much he affected the people that his life touched, even in the last few years when his illness took away his ability to pursue his life in the way he would have wanted. As his family, we had the pleasure of inviting everyone who came to see him into the space to share their memories with him and us. Listening to their stories, seeing their love and sadness expressed, hearing them laugh with him expanded our own experience of Dan by seeing him in ways we couldn’t have without them.