By Ariel and Shya
Home > Articles  > The Mask Meditation Game 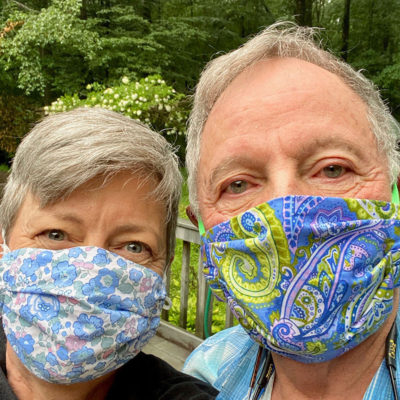 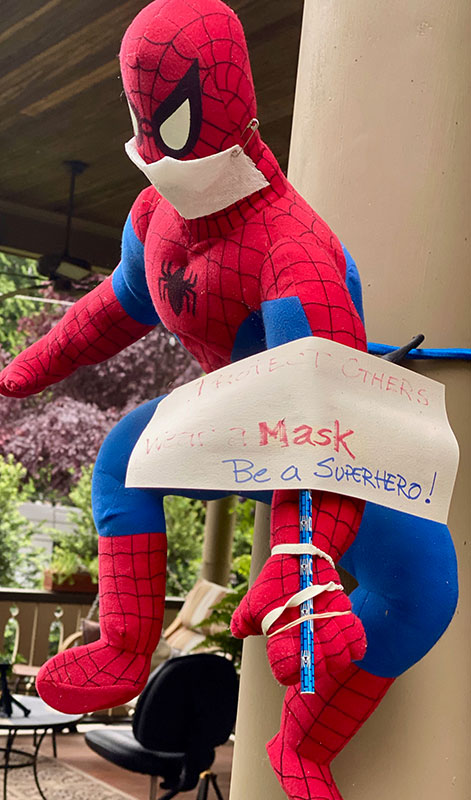 In the late 80’s we lived for the better part of two years at a meditation center in Northern Italy. The Villa Volpe where the center was housed is still there, but the International Academy of Meditation is long gone as we all dispersed out into the world after the final six-month long course was done. We did lots of different types of meditation there and ultimately began to live our lives with awareness – simply observing how we live without judging what we see.

At one point, the folks in charge put in place a series of protocols designed to foster awareness. It was geared to have each of us realize, in real time, that being where we are is more important than where we want to get to. Here is how it was done:

Mealtimes were set each day for approximately the same time but varied slightly depending on what was being served and cooking times, etc. So when the kitchen staff wanted to call us for lunch or dinner, a bell was rung that could be heard all over the property. When we heard the bell, instead of rushing in to wash our hands and have our lunch or dinner, each of us paused for 30 seconds, wherever we were. A foot could hover midair, a mouth would hang open with the word or sentence incomplete, a hairbrush stopped mid-stroke. It became a discipline to not say to oneself, Oh well, it doesn’t matter, no one is here to see me moving. I can keep going.

In later months, we upped the game. No longer was the pause just at the ringing of the bell for mealtimes. Now the game was to pause for 15 seconds any time one went through a threshold or doorway. It was easy, we discovered, to get lost in a thought and lose sight of the doorway and simply walk right through. Again, it took discipline and awareness and a willingness to treat the game as if it mattered in order to be successful with consistency. It also took letting go of the idea that you might look silly or that you might be embarrassed at being caught pausing apparently for no reason except the self-imposed directive to play the game and play it well.

Nowadays, seeing a person in the distance on a country road or crossing a parking lot is our new cause to pause. But instead of stopping our walk, our masks are retrieved from a pocket or hanging from an ear and they are raised long before we are within 6 feet.

We have been basically quarantined so there is only a miniscule chance that we might get someone else sick – but of course the person we are approaching doesn’t know that. And we may be far away from densely populated areas and the people we encounter may be healthy, too. But again, we don’t know that either. But none of that really matters, for we are playing the mask game. It is a game of awareness, a meditation of living in the moment and living it well.

Author’s note:  This article was inspired, in part, by our socially distant walks with Lenore Pemberton. While out and about we became aware of the seamless way she donned her mask and the consistency with which she did it. This brought awareness to how we are going about mask wearing as well. Ultimately, when on a walk, we alert each other when being approached from behind by a bicyclist or when catching sight of a person up ahead. This mask meditation game can be played alone or as a team. 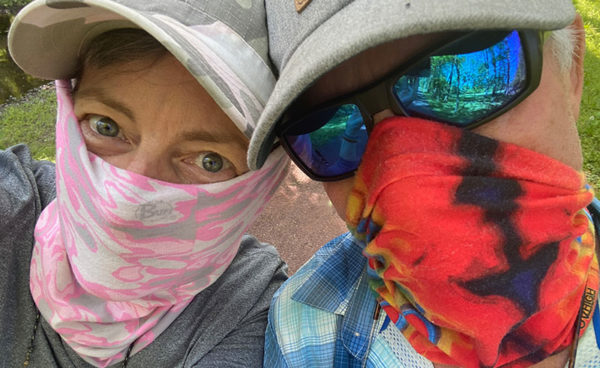 One additional note: originally, we wore our neck gators (Buff) as our mask when we went walking. Eventually scientists revealed that neck gators, designed to be worn in the sun while fishing, etc., were the least effective of all face coverings as they are geared to let air through. So now we regularly wear masks.

Well! Another beautifully written piece. I very much appreciate the time that you put into these blogs. They shows a real caring, a passionate caring, for our community (and the world).

I really like the notion of “the mask game,” and how you traced that back to Villa Volpe — a consistent through-line of bringing awareness to every moment, whether occasioned by a bell or a cyclist riding by.

Thanks for your kind words Warren. Hope you enjoy playing “the mask game”, too!

I like the way you play and really appreciate each day. Thank you for sharing your mask-game :o))
One of my cousins sewd masks for the whole family! Really a great and lovely present!
I like the mask game :o) No need to complain, just do it and accept it, make it mine, I like your ideas :o) Merci :o)

You are very welcome Valerie. So sweet to hear that you cousin expressed her love and caring by sewing masks for your whole family. Hope you are all staying safe and well.