The Kitten Chronicles: Putting Away Her Toys

By Ariel Kane
Home > Communication  > The Kitten Chronicles: Putting Away Her Toys 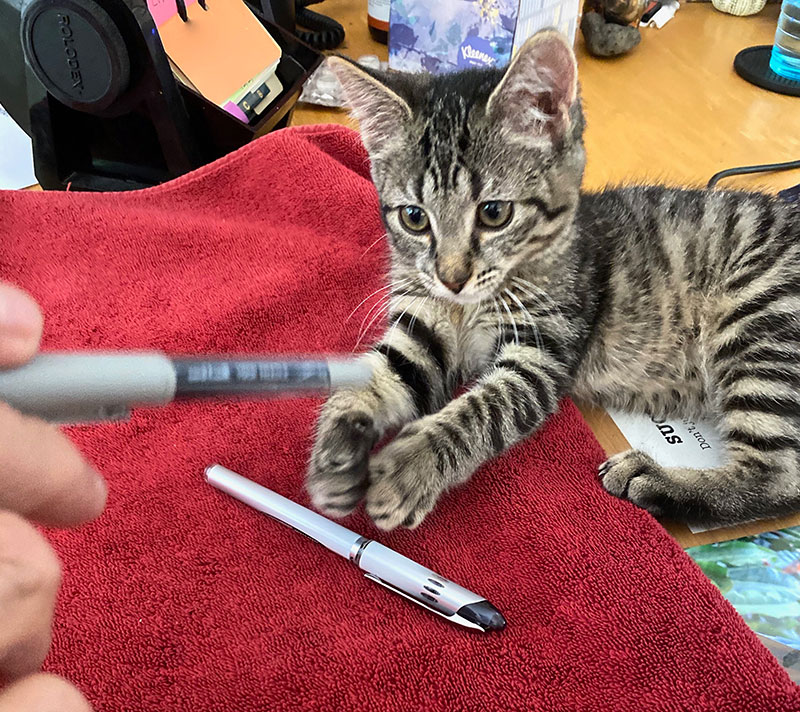 27 Jul The Kitten Chronicles: Putting Away Her Toys 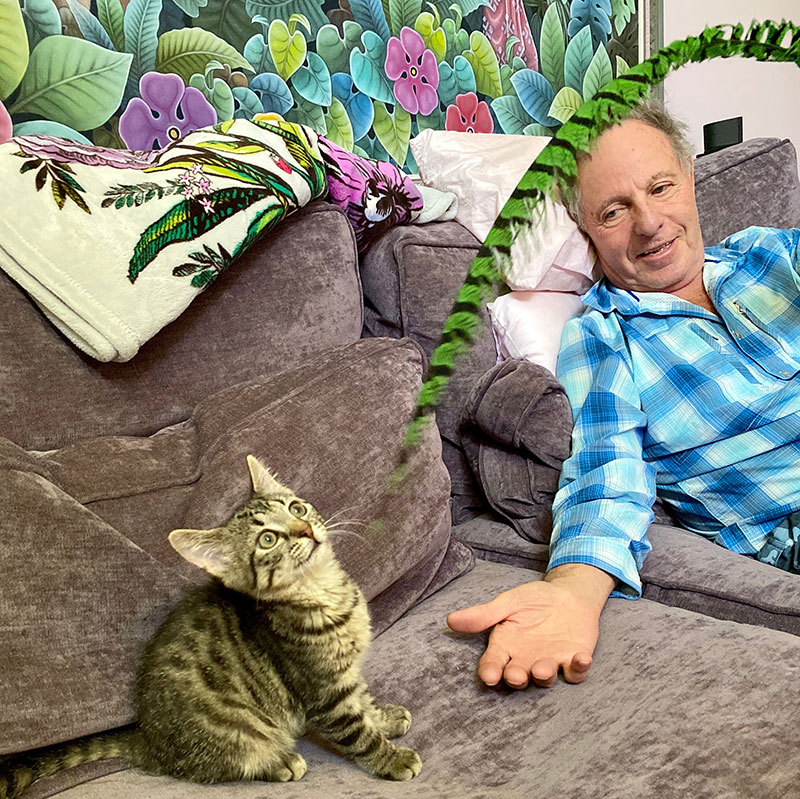 I didn’t realize how many toys I had left around for our kitten, Baby. Feathers were obvious, but who knew that a tube of lip gloss, a little white sport sock or a pipe cleaner would be so fascinating? The moment Baby attacked my sock, I knew I could no longer leave them lying around. Shya and I tend to pull off our shoes and socks and prop our feet up on the coffee table when sitting on the couch to watch TV. It was something that had been unremarkable until Baby pounced. They were an old pair, nothing too precious, so we enjoyed the show she put on, television forgotten. I thought that donating one pair of socks to her would be enough. So, the following night, I stuffed the grey socks I had been wearing deep inside my shoes. But when I found a grey sock donation in bed with me the next morning, I realized Baby had been hard at work excavating that grey “mouse” out of its hole and leaving it for me as a prize. So now the only “mice” she has available are the two original white ones.

There are so many toys hiding in plain sight. I discovered she loves my pens and reading glasses are her delight. So, my pens go in the pen holder, glasses in their case. Errant bits of paper in the trash and clothing put away.

I do have one horizontal surface in my bedroom that I have been using as a catch-all – a massage table pushed up against a wall. In the early days, when Baby tried to jump on it, its slippery surface repelled her. But recently I stood near the table a tad too long and she easily jumped up to be with me, discovering a treasure trove of things to play with.

Life is so much easier when I put away her toys.

Your Kitty Chronicles are just a delight! I find myself laughing out loud and smiling broadly while enjoying the heck out of her antics and you observations of them.

So sweet- even if you had some losses ? Looking forward to the next chronicle! ?

I understand that her markings caught your eye. She is just gorgeous! And it is fun to read how much in love with her you both are!

This is such a sweet story! I love “There are so many toys in plain sight.” I feel that that is so true when your present with your life!

I love the sense of wonder and discovery in the Kitten Chronicles! What a delightful read 🙂

I love The Kitten Chronicles. This story makes me smile and laugh as I see the many similarities between Baby and Kalin; in this story, their preference of “toys” (pens, glasses… :-), and Kalin has recently taken a joy out of containers and their lids! 🙂 Thank you for sharing!