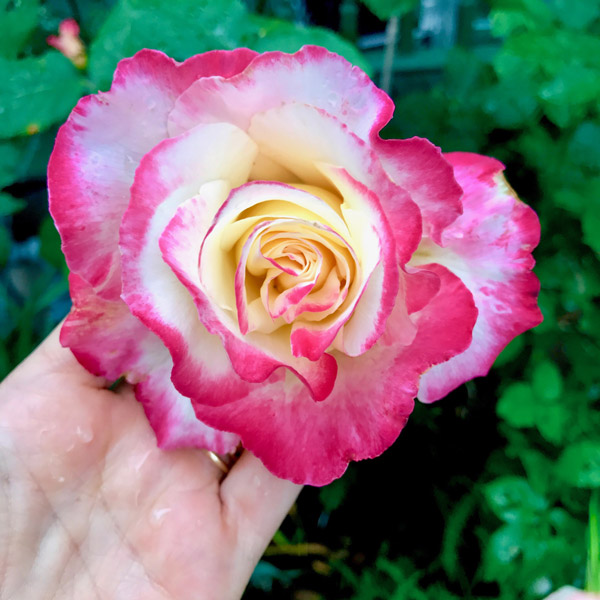 01 May Planting Seeds of Kindness

Posted at 00:00h in Articles by admin 7 Comments
Share

It was almost April and on the eighth, I would be turning six years old. This milestone would be celebrated with gifts, my favorite foods and a homemade chocolate birthday cake with yummy white frosting. My mom and dad also planned a birthday party for me and they wanted to invite all of the children from my first grade class to celebrate the day. Just imagine, 18 little boys and girls running wild in the woods behind our house, with me the center of attention. Oh what fun!

There was only once catch: I wanted to include everyone except one little boy, “Karl”.

For some reason, I decided I didn’t like Karl and I didn’t want him there. After all these years, I don’t even remember the boy’s name, nor can I recall what I found wrong with him. It’s hard to say. I was young enough, and impressionable enough that if I overheard someone say that Karl was a “creep,” I might have adopted that opinion without looking to see if it was true. Perhaps he was somehow different than I. Maybe I had already absorbed that there was an “out” group and an “in” group and I had decided Karl was out. Or perhaps he was one of the boys my school bus driver didn’t like (she had strong opinions) and I had adopted her attitude. It could even have been arbitrary – an edict from my childish mind. At this point, I don’t know. What I do know is my mom would have none of it.

Mom crouched down so she was eye level with my five-year-old, soon to be six-year-old self and tried good old-fashioned reason.

“Ariel, just imagine what it would be like if everyone was invited to a party except you. Imagine how hurt you would feel. You wouldn’t want to go to school and have everyone talking about going to a party when you were left out.”

“But I don’t want him there!” I exclaimed in a childish fit.

“Fine,” Mom said as she stood.

“No party then. Either everyone comes or no one does. Your choice.” She said and walked away.

What a great bargaining chip this was. What a compelling choice she offered me. What a kind one, too.

I can’t tell you how long it took me to come around to her way of thinking, but the party did take place. And running in the woods did indeed happen on that glorious April day. The children and most of their names have faded away into obscurity. The cake is but a wisp of memory. But the seeds of kindness my mom planted that spring, more than half a century ago, have taken root and bloomed. The flowers from that planting are still blossoming today.