Letting Life Come to You and Being Enough 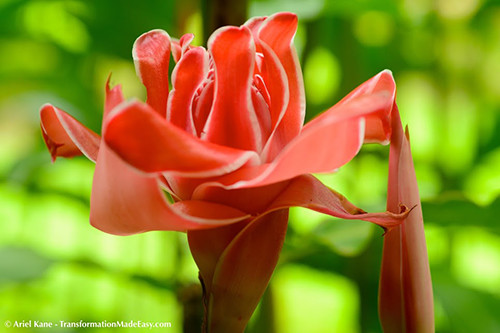 01 Nov Letting Life Come to You and Being Enough

Most of us have been taught to go after the things we want. We’ve been trained to chase our dreams, go for the gold, to pursue happiness. We’ve learned to compete, to achieve, to produce. But very few of us are skilled at relaxing and letting life come to us – at simply being instead of doing.

One of my first lessons in letting life come to me and in truly being myself happened in my early 20s when I was training to be an actress. I have heard it said that art imitates life and the way I went about acting certainly proved this statement to be true. I was talented to be sure, but I certainly didn’t trust that I was enough – I thought I needed to add something extra. At that time, the majority of my experience had been on stage, in school and in off, off Broadway shows. I had learned to project my voice to be heard at the back of the theater and to have my gestures be larger than life to play to the crowd. When I began to work in front of a camera, however, I quickly discovered that it was a whole new skillset. For instance, when playing a scene on film, the camera can be situated across the set, the room or even across an open field. I was accustomed to automatically gauging the distance and trying to fill the space. But the camera was “coming” to me. The nature of the lens was such that it could effortlessly focus on a minute portion of my face; my lips, my nose, my eyes. When I attempted to show what I was feeling, telegraphing my thoughts, the result was a rather grotesque caricature. I didn’t look natural. I looked like I was acting – rather bad acting if I tell the truth – locked in a loop of doing being myself.

Then during the course of everyday events I had an epiphany. One night I went out to the the movies and saw China Syndrome with Jane Fonda, Michael Douglas, and Jack Lemmon. It was a cautionary tale about nuclear reactors, greed and the nuclear energy industry in general. With uncanny timing it came out in 1979 just when the 3 Mile Island nuclear reactor in Pennsylvania had a partial melt down. The seminal moment for me was when Jack Lemmon’s character, Jack Godell, a loyal employee of the energy company, recognized that something was desperately wrong. It has been many years since I watched the scene, but as I recall he saw a strange vibration rippling out in concentric circles on the surface of his coffee which signified to him that the reactor was about to melt down. What happened next was stunning: pivotal for the character in the movie and for me in real life. When faced with the loss of all he believed and the imminent threat of a nuclear disaster, Mr. Lemmon did…. absolutely nothing. In that moment of stillness, the camera focused up close on his face and mesmerized, I watched him do nothing but think. As his thoughts played across his face, fine motor muscles shifted and changed. A slight involuntary tightening around his eyes revealed that a life altering decision had been made. It was a moment of being, not doing. That smallest of moves was life altering for me as well and my world has never been the same.

After the movie that night I went back to my little rented apartment on W. 49th St. and gazed in the mirror looking into my own eyes. I waited until the face looking back at me appeared relaxed, neutral and at peace. Then, doing my best to not change a thing, I thought. I started with very strong internal ideas and emotions, I hate you and then I love you. Like a miracle, my face revealed my thoughts without any help. It was simply a matter of being. Without a tip of the head, a flick of the wrist or change in posture, my inner life was plain to see. I suddenly realized that simply being me was enough.

Decades later that lesson is still with me. It is so easy when working on a project to get caught up in the forward momentum of life. When I get sucked into a vortex of trying to get something done, to get ahead, to produce at the expense of this moment, I recognize that it is time stop and relax, to give myself license to be still. For it’s in those moments of stillness that I experience the power of letting life to come to me – the profundity of simply being instead of doing.

very impressively written – I recognize myself in many things

What a beautiful post, I just relaxed while reading it 🙂 Thank you!

Thank you so much for this inspirational post. I have a job interview next week and this is so perfect.

„Letting life come to you and being enough“ . Yes, I also wish. Your article of the month has touched me very much, Ariel. And I am suddenly sitting at my desk with a special deep relaxation. Thank you!