It’s Enough to Be Me

By Heike
Home > Enlightenment  > It’s Enough to Be Me 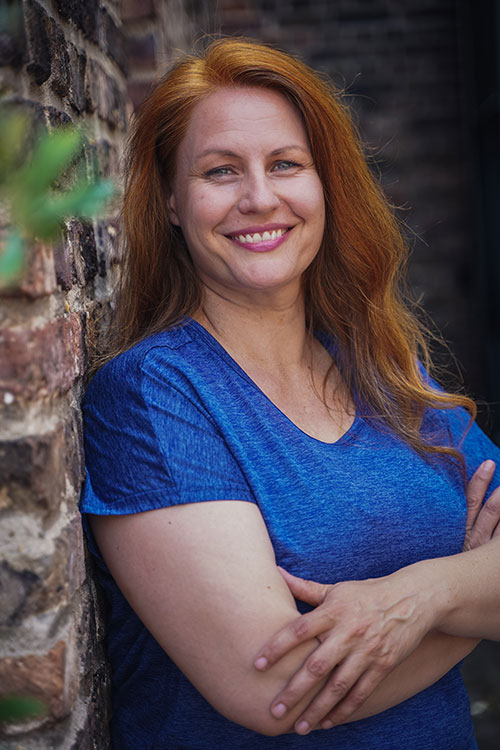 Although I have been a professional actress for 25 years and an acting teacher for 15 years, things radically changed after I contracted Covid in November of 2020. Ever since having the virus, I have had multiple lingering symptoms most of which, thankfully, are better now. However, my neuro-linguistic system is not working like it used to. I have concentration problems and brain fog (my brain feels empty sometimes) and fatigue where I tire easily, and on occasion, need to spend the day in bed.

As a result, I have stopped teaching and primarily redefined my craft from theater performances to film. I have found working on camera to be much easier, as I can take breaks and rest as the camera is reset from scene-to-scene.

Recently, I filmed one project, a music video, that seemed hand-tailored for me. They were looking for a middle-aged actress to play a maid in a shabby motel.

I applied with a picture and included a note that let them know I had already played different kinds of maids in various theater shows. The producers hired me immediately, saying that even though they had a lot of applications they knew I was the perfect person for the part.

We had 3 days of shooting. They built an entire shabby 80s motel room in a studio with everything from the bed to the sink in the bathroom, even the heating and an old-fashioned TV. As the song in this music video is called “17 days,” the film showcased different scenes of people staying in the motel room (e.g. an Elvis impersonator, a newly-wed couple, an old lady, the band, etc). In each scene, most visitors leave or destroy something in the motel room which the maid (my character) needs to clean up.

The entire experience of the shooting was awesome: being with the other actors, the band, the crew, the director and everything on set was so sweet, easy and fun regardless of the long hours. And I had enough breaks to recharge myself everytime the other scenes were shot. I felt so at home and not like I was “acting” at all.

During one break between shots, I suddenly had a memory of Ariel and Shya, way back at my first seminar in Costa Rica in 2007, telling me something I didn’t understand at that time. We were sitting in a circle and I remember feeling the breeze of warm air when Ariel and Shya said something like, “One day you will discover who you are without being an actress.” To be honest, I was mad at them for this comment: being an actress was my whole identity although secretly I didn’t believe I was any good at acting. Therefore I constantly had the feeling I had to prove myself.

Years later I discovered teaching as a wonderful passion of mine. It was my first glimpse of discovering who I am without being an actress. And now in this music video another layer was added to it: I can be myself, no proving needed, I’m enough. I wasn’t “acting” in this video. I didn’t have to worry about how I was doing, I just had to be myself. When I was so busy proving to myself “I’m an actress,” there was hardly any room for being and for the moment.

Transformation is such an awesome tool for discovery and fun. And yes, I love the music video and hope you enjoy it as well. (Disclaimer: watch till the end if you are in for a little plot twist)

Heike, I really, really love that story – and enjoyed the video :-))) Letting life take its course holds so many opportunities and gifts that we would not have thought possible years ago. I appreciate your way! You are a great example of how transformation enriches our lives. I am very touched by this story. A thousand thanks for sharing it!

Just feeling so inspired from reading your blog.

Great to hear – and see, Heike! The video is a hoot and you are perfect! Showing how the perfection of the moment beats out the “I’m not good enough” line from an old, false script- that’s what comes thru here, thanks for sharing it! Love ya!

Heike, you ARE an inspiration! I really enjoyed your article, and the video.
Big hugs!