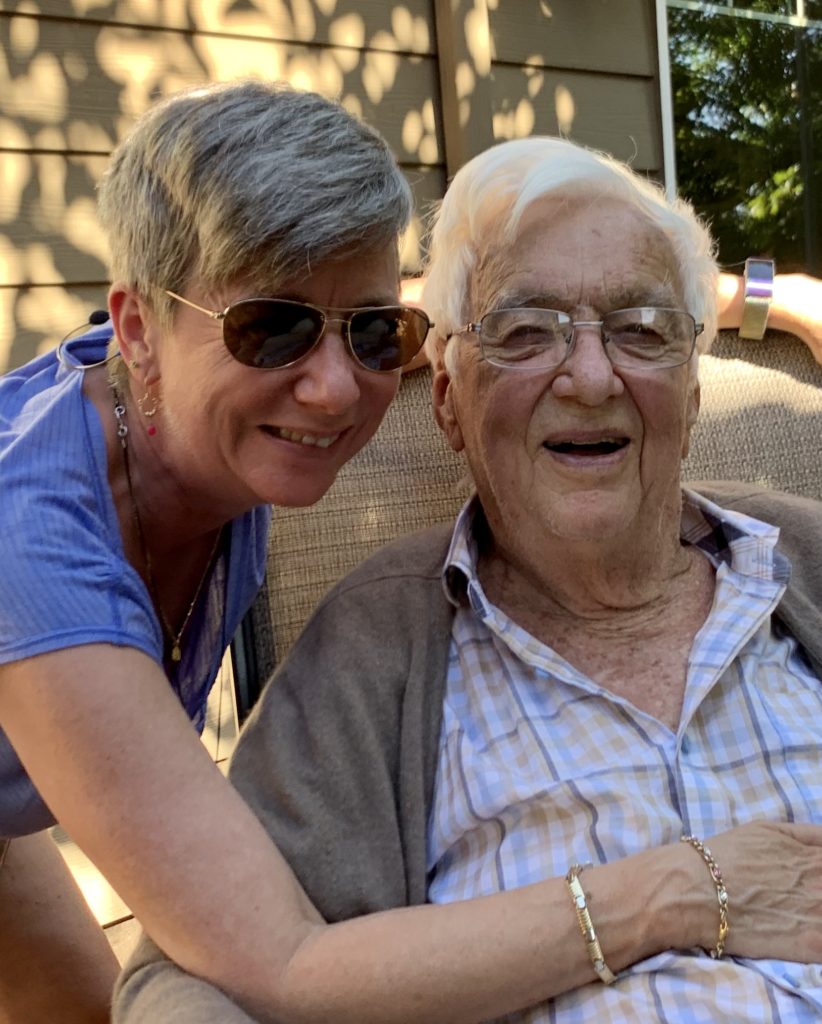 We stopped at Costco gas on the way to the airport to fill up the tank before heading to the Hertz car rental return. I rolled up the window just as the gas station attendant took the receipt from the pump.

As I rolled the window down again the man, who had seen us preparing to leave, had crumpled the paper and tossed it in the garbage.

“Oh wait!” I said, pointing to the garbage can. “I’m sorry. I forgot I might need the receipt for the car return.”

“Well I’m not going to dig it out of the garbage,” he said with a smile, “I’ll just print it again.”

As he handed me the receipt I thanked him and apologized again saying, “I forgot.” To which he replied, “I think forgetting is a blessing. So just don’t feel bad.”

As we pulled out of the station and into traffic I smiled also. We had just come from seeing my dad who had Alzheimer’s. He didn’t remember our names or where he lived or even that my mom had passed away. We had had a dozy morning where dad held my hand and slept, occasionally twitching while dreaming dreams he wouldn’t remember when he awoke. I know that people think it is sad that he was so diminished in capacity. But his world was rather immediate. Delight in a blue jay, the warmth of the sun.

While with him I enjoyed these things, too. I also relished that I could still hear the sound of his voice when he spoke. I smiled in delight when he opened his eyes and blurted a surprised, “Your hair is getting gray.”

Oh what a blessing to have had Don & have you & Shya in our lives!! Lots of love & gratitude, Susan & Mickey D too 💓

What a beautiful story and what a sweet, sweet picture. I am sitting here having a huge smile on my face 🙂 Thank you.

Dear Ariel,
Thank you very much for sharing this beautiful memory of your father and the time you had with him, as well as the enlightening comment by the gas station attendant.
Thank you for sharing the gifts and blessings of forgetting. I never thought of it that way. As many do, I also used to label forgetting as a curse or a failure. But it can be a blessing.
Thank you!
Much love to you and Shya from Denmark.