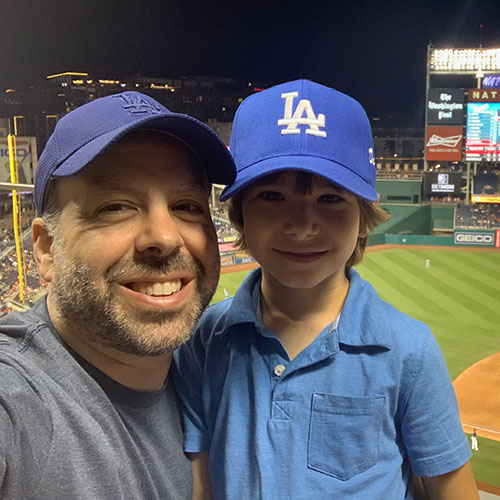 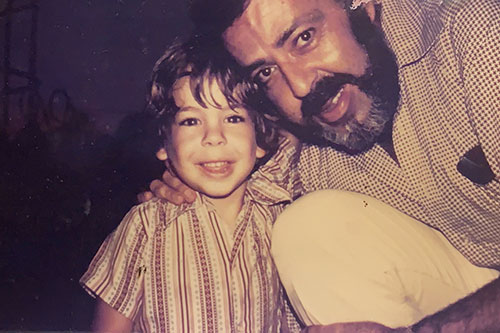 I am a lifelong Los Angeles Dodgers fan. My father, a baseball lover, took me to my first game on May 24, 1977, where the Dodgers beat the Houston Astros 4-2. After that, I was hooked. I loved the sport, the statistics and everything about being at the ballpark.

The Dodgers were a great team and went to the World Series that year, so my dad got us tickets to see one of the games in the series. We hoped to see the Dodgers beat the New York Yankees and become World Champions. Well, if you follow baseball, you know it didn’t happen that way. The Dodgers lost. A similar scenario played out the following year in 1978: we went to games all season, including the playoffs and World Series, and the Dodgers lost to the Yankees yet again.

As a child, I was obviously disappointed. I immediately started to hate the Yankees. After all, they were the nemesis that had crushed my dreams. Interestingly, the Dodgers did beat the Yankees to win the World Series in 1981, but that didn’t matter to my newly cemented outlook. The Yankees would always be the team I hated.

My son is now around the age where he is a typical American boy like I was. He loves Legos and Star Wars and sports. We recently had the chance to get tickets to see the Yankees play the White Sox at Yankee Stadium. In addition to being a Dodgers fan, I love going to a ballpark, any ballpark, and seeing a live game. So we bought tickets for the whole family. Naturally, both my son and I would root for the White Sox and boo the hated “Bronx Bombers,” the Yankees’ nickname.

On the way into the stadium, my son said, “So we’re rooting for the White Sox, right dad? Because we hate the Yankees!”

Normally, my reply would have been a resounding “Yes!” and a high five. But a strange thing happened: Transformation kicked in. In that moment, I found myself really looking at what I believed and discovering how I really felt. And I saw something new: I no longer hated the Yankees. In fact, words came out of my mouth that were completely unexpected, even to me.

“Son, I don’t have a place in my heart for hate anymore. I don’t hate the Yankees. Let’s go in and have a good time and just enjoy some great baseball. We can even root for them if we want.” My son looked at me in disbelief. Truthfully, neither one of us could hardly believe what I had just said. Yet every word of it was my truth.

Not only did we have a great time enjoying baseball and talking about the game, I found myself cheering when one of the pinstriped Yankees players hit one of those rare feats you almost never get to see: a grand slam, which is a home run with the bases loaded! The stadium erupted and I was thrilled. The old me would not have enjoyed that moment because I would have had to hold on to my identity as a Yankee-hater. Any other reaction would have been threatening to who I thought I was. The new me got to experience the joy of that event.

In the past, I’ve had the idea that enlightenment happens around big or life-altering issues– not something as seemingly unimportant as baseball. Yet this realization about my feelings towards a team illustrates so many of the amazing things that Transformation has brought to my life. I’ve learned that the simple awareness of a behavior or belief is enough to dissolve it. This applies to the team I root for, but it applies to so much more. For over 40 years, I had carried the baggage of a download I absorbed by a stadium full of angry fans, as well as my father’s viewpoint as a lifetime Boston Red Sox fan. I don’t know exactly where or when I picked up the idea, but it certainly was influenced heavily by those factors. I just thought it was me who decided on it.

I can easily see the same scenario playing out with my son. The only reason he believed he hated the Yankees was because I gave him the same download. If I had never challenged that opinion, he might have grown up thinking that it was his idea, and not even remember how I influenced him. Most of his family here in New York, and many of his friends, love the Yankees. If I didn’t care about sports and never discussed baseball with him, he would have received the opposite download and perhaps become their biggest fan. The beautiful thing about awareness is that now he has that choice.

The day after the ballgame, I watched my son play in a little league game. His team lost badly, but he wasn’t upset about it because he hit the ball well. I was proud of him and I told him if he keeps practicing he’s got the skills to be the home run hitter on his team – just like that Yankee player who hit a grand slam!

How many beliefs or decisions in our lives were made in a time of upset or given to us by others long ago in circumstances we don’t even remember? Probably more than we can count. Because I have been fortunate enough to attend Transformational seminars led by Ariel and Shya Kane, I know that I am not those beliefs or thoughts. I am able to see those thoughts and automatic downloads, and in the instant I see them, without judging them, I am liberated. I can enjoy a day at the park, or the people in my life, or simply be who I am, without the obligation to act in ways that no longer suit the person I am right now.

Dave, what a great story, thank you so much for sharing!

Beautiful, inspiring blog! Thanks, Dave for your heartfelt self-expression.

Such an amazing article!!! I’m so touched!!! Thank you Dave & Transformation is magic!!!

I am so deeply moved by this blog. Simply reading it has illuminated areas in my life where I have been married to an idea. Also, I am currently pulling ideas together for a book about unconscious bias and reading this blog has made all the difference to how I will go about it. Thank you.

Thank you, Dave, for sharing this great experience! Reading it, I remembered a touching moment when I visited you and your family in New York and hold your – at that time- baby-son in my arms, quite a while. Good to see you both on the pic – I feel connected!