I Came Face–to–Face with God and Was Humbled 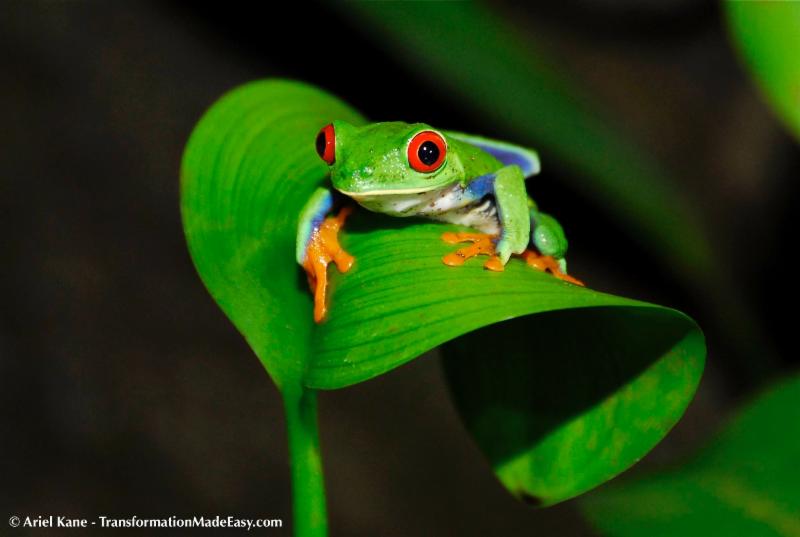 The night I came face to face with God was sweet and yet ordinary enough. It had been one of those glorious high pressure Indian summer days in September and Shya and I decided that after our work was done we would head down to the Delaware River and walk across the bridge that connects Lambertville, New Jersey to New Hope, Pennsylvania.

The sun had dipped toward the horizon as Shya and I strolled hand in hand across the bridge. The late afternoon light cut through the river, spotlighting giant carp in the quiet water directly behind each bridge abutment. Swimming, flashing, digging in the mud, hanging motionless as if suspended, there were hundreds of fish, large and small. Like kids, it was hard to contain our excitement. “Oh look,” I said pointing to a huge one, “That fish must weigh thirty pounds!”

As twilight descended, we both became hungry and rather than head home, we decided to continue on to a little Indian restaurant I had noticed on an earlier visit to New Hope. Although we’ve found Indian food where we work in New York City or Cambridge, England and even in Hamburg, Germany but we had yet to find a place near our home. I was hopeful this establishment would be a place to have a tasty meal.

We took our time, looking in store windows and eventually came to the tiny restaurant. Stepping inside, we walked down the two steps at the entrance and to our right were several tables, one occupied by four people. Giving them a bit of space, we chose a table against the wall. The owner brought us bright orange paper menus and as we perused them, the other patrons paid their bill and left.

After ordering our meals we were served appetizers of Papadum, thin crispy wafers made of lentils and a condiment tray with three small bowls – a curried yogurt, marinated onions and a tamarind sauce. As we nibbled and dipped, the outer door opened and a couple came in. At first glance I thought they might be indigent as the man appeared so unkempt with shaggy dark curls, a patchwork beard, scruffy in appearance. We watched as the fellow, followed by the gal, navigated the steps. He was large and overweight, doughy in appearance and it was obvious that walking was difficult for him. As he descended the stairs, he placed his hand on a little buffet table for balance sending dishes clattering and a lid flying. His companion, a blonde haired woman in her late twenties barked out an embarrassed laugh at the noise.

Initially the couple selected a table in the corner but his considerable bulk made it difficult to fit so the owner respectfully moved their place settings and water glasses to a more comfortable table directly across from us. The gal studied the menu and she read it out loud, stumbling over words like “tropical” and “mango.”

Our entrées came and the other couple largely forgotten, we began to eat. Savory flavors burst on our tongues, tempered by morsels of basmati rice. In a few minutes, the couple was served their Papadum and condiments and she began to shout, “What’s in this? This is awesome!” Her delight and wonder at what were obviously novel tastes had the proprietor happily explaining the ingredients in each of the condiment trays.

“Oh wow!” she said. “It’ll be a little bit longer before we order. This is only the second time I’ve eaten Indian food and I want to get it right.”

“Take your time,” the owner replied, disappearing into the kitchen.

When Shya and I had finished our food, he went up front to pay. I stood to put on my vest and I heard a voice so quiet I almost missed his question.

“Did you enjoy your meal?” the large man asked.

“Yes I did,” I replied as I moved to stand near their table.

“What did you have?” he asked, tilting his head to look up at me.

“My husband had lamb vindaloo,” I said, aware that they hadn’t chosen their meals yet. “It’s pretty spicy. I had lamb rogan josh which is milder and made with onions and tomatoes.”

“I had Indian food once before,” the young woman said earnestly, “and they said that the dish wasn’t spicy but I tasted one drop on the tip of my finger – one drop, and my mouth was on fire. If that wasn’t spicy, I don’t know what was! I never want to experience that again.”

I was struck by her innocence. She was so unworldly, unsophisticated and simple, just being herself, having a lively conversation with an interested stranger. No self-judgments. No second–guessing. Just being. Just there. It was a sweet moment of connection, one worth savoring.

Then the shaggy-haired man tipped his head back further and suddenly we were face to face. I can’t say he looked me in the eye as his eyes didn’t focus in a proper manner – one eye looked hither, the other yon. His features were diffuse, asymmetrical, round and soft. Quietly he spoke again and I had to strain to hear.

“Have a nice night,” he said, and time halted for a moment. In an instant, there was no forward momentum – the need to get somewhere. There was also no past –– no history connecting this gentle giant and me. Our spontaneous intimacy was clearly not something built over a lifetime of shared experiences and common interests. Yet his words leapt straight to my heart as this big shaggy bear of a man had no social veneer over his features, no barrier between his heart and mine. Stunned, I was clear that I had just come face to face with God.

“Thank you, I really appreciate that,” I said as I stood a little straighter and I truly meant it. It’s hard to describe how profoundly moved I was by that brief interaction. All potential judgments about appearance, intelligence, education, weight and infirmities were swept aside and for whatever reason, I had met the God inside the man, residing close to the surface, stripped bare of artifice and manipulation. A man not hidden behind his intellect. A man simple, straight and true – a human being. It was a humbling experience.

As we left the restaurant and stepped out into the late summer evening, I held Shya’s hand and felt truly blessed to be alive.