Fun and Enlightenment at the Airport 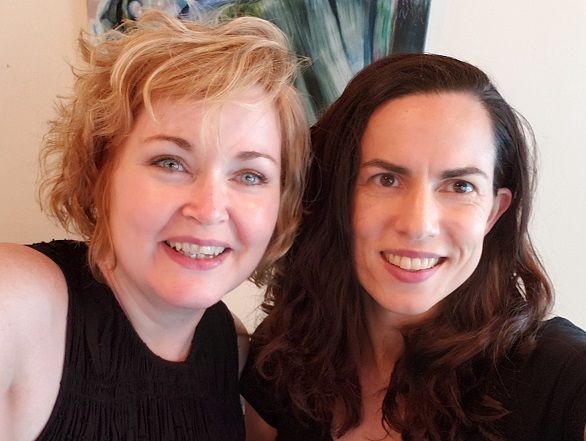 20 Jul Fun and Enlightenment at the Airport

Posted at 08:38h in Enlightenment, Fun by karen 0 Comments
Share

We stood at JFK airport with 100 people who had just learned that the flight to London was full, and had no room for any of us.

The scene was unusually calm.

Yes, people were disappointed and many were worried about getting to London. But no one was yelling or crying, and in fact, it appeared people were starting to enjoy one another. People were bonding over stories and photos of their vacations in New York City, and not bonding over the complaint of the cancelled flight.

We, Wendy and Julie, were flying to London to take part in Ariel and Shya Kanes’ course “Fun as the Access Way to Enlightenment.” We had arrived at the airport the evening before and were told our flight was cancelled, and we should return the next day at 3:30 in the afternoon.

We were a little disappointed that the flight was cancelled but we communicated with the seminar organizers about our travel delay. We quickly warmed to the idea of spending the evening with our partners, Wendy’s husband Madhu and Julie’s boyfriend Sathya.

We returned well-rested the next day, ready for our 3:30 flight.

We searched the massive Departures terminal to check into our airline.

The airline was nowhere to be found. We couldn’t find a kiosk or even a single employee of the airline and our afternoon flight wasn’t listed on the flight board.

Our panic lasted about 90 seconds. We decided to go the airport Starbucks to gather ourselves and see if we could get more information by calling the airline. As we walked to the Starbucks chatting about the situation, a young woman with a British accent overheard us and spoke up: “Were you both on the flight to London that was cancelled?”

The young woman, Jennifer, led us to a table where she and her friend Charlotte had setup camp, waiting for the next flight to London. Jennifer and Charlotte were returning to their lives in London after a vacation together in NYC, and they shared that our 3:30 flight had been cancelled and that we were scheduled to get on an 11:00 p.m. flight.

As the hours progressed, we enjoyed our new companions. “I thought London was amazing, but New York!” exclaimed Charlotte. “The people, the diversity—I thought I knew what diverse is, but it’s incredible here. And the people are so unapologetic and loud! And they just give you their business card! We would never do that in England.”

Time went fast and slow. As the day went on and we listened to Jennifer and Charlotte, we got more and more excited that we live in the great city of New York.

Eventually it came time to check in to our 11:00 flight. As we wheeled our suitcases to the check-in area, we realized that we had been having fun all afternoon even though the circumstances hadn’t initially fit our preferences.

This time, we found out that the 11:00 flight was full and had no room for people on the cancelled flight. We joined a crowd of people waiting to receive more information about the situation, and it dawned on us that at this point, we would not be going to London.

As we waited, we spoke to a woman named Mary who lived in London with her husband, who needed to return to work the following day at the restaurant where he is a chef. She talked about her adventures the past week in New York.
“It was a great vacation until now,” she said.

“It was still a great vacation,” we told her.

“You’re right, it was!” Mary exclaimed. We talked more and ended up following Mary on Instagram.

The situation could easily have turned into bonding over complaint, and yet, it didn’t. It was calm and even enjoyable to chat with others and continued to reignite our renewed excitement over New York City. Once we found out how to get reimbursed for our flight, we still stayed a little longer, enjoying the company of the people we had met.

We returned to our homes with a lightness. As we watched Brooklyn, Queens, and the Bronx pass before our eyes on the ride home, people, trees, and buildings were vivid and three dimensional.

The next day, we enjoyed New York City. Wendy and Madhu went to Cunningham Park in Queens for the first time. Lying in the park, feet in the grass, enjoying one another’s company, life felt new. Wendy felt a new appreciation of the vibrancy and cultural diversity of her Queens neighborhood. Julie and Sathya went to the Bronx Zoo together for the first time, something they had meant to do for months as it’s only a 10 minute walk away from their home. The weekend felt rich.

Of course we had experienced disappointment when our flights had initially been cancelled. We had been looking forward to the magic of the Kanes’ seminar. However, having attended many other seminars with Ariel and Shya Kane, we had also learned to truly be where we are, to experience whatever we are experiencing, and to want what we have. Although we didn’t attend the seminar, we had fun at the airport, and in our lives.