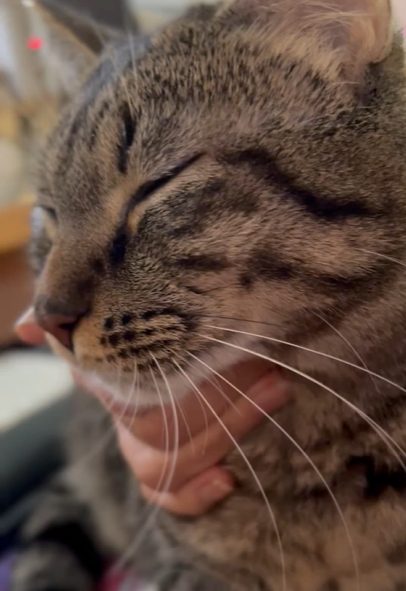 Posted at 00:00h in Fun, Happiness by admin 0 Comments
Share

Baby generally likes to play in the evening. When we’re brushing our teeth in preparation for bed, she often jumps up to investigate the sink, sometimes mesmerized by the image of her own reflection. Mostly, however, she favors more active pursuits. Originally it was thrashing little red pipe cleaners, as they were light and easy to bat away with tiny paws. Later, she went through a ball phase and even now she will leap high in the air to intercept a bounce, frequently sending the miniature foam soccer ball back in my direction so I can throw it once again.

Of late, however, Baby has been thoroughly entertained by feathers. Out of the blue she will slide on the bathroom rug and wrestle a feather into submission. We now have a game where I get down on the floor and entice her with tantalizing moves, her feather toy peeking out from under the bathmat. I have had many belly laughs at her antics as she plays with me, even when she gently touches her nose to mine in appreciation.