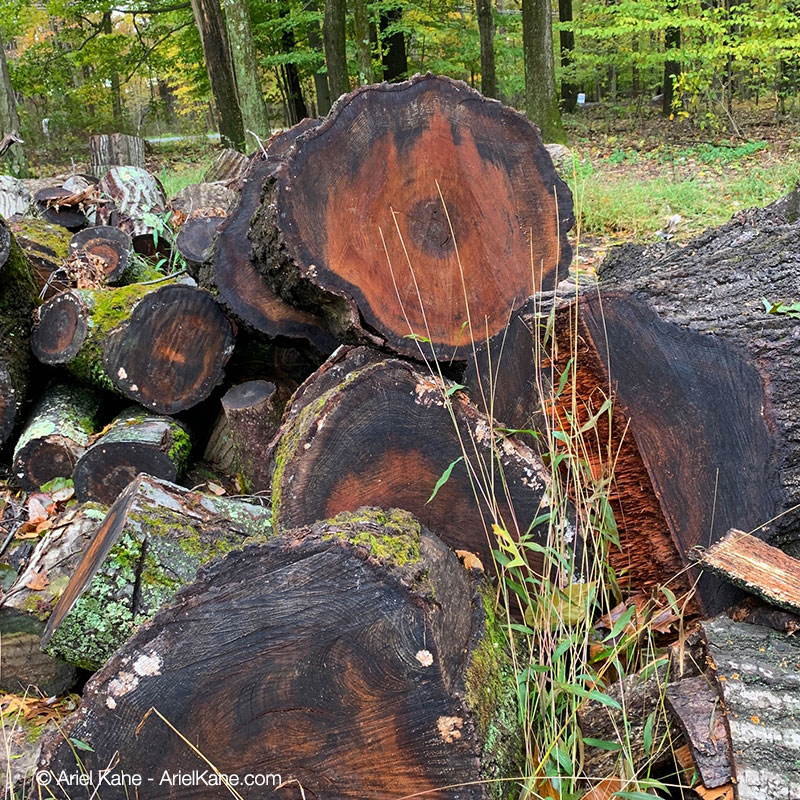 “Start, then persevere until the end” is one way to approach projects. At times this can be a useful strategy. In fact for the two of us, when writing an article, the information sometimes comes fully formed like a mental download and all we need to do is sit down, “listen” and translate the words onto the page. But if we depended upon this to be our only methodology, we could ultimately be frustrated or dissappointed in oursleves.

Are you aware of an alternate, easy, effective style of project management that differs from the “make yourself do it from beginning to end without a taking break” approach? If not, then here is a new tool to have in your productivity toolbox. Rather than do a project all at once from start to finish, we often chip away at it.

In general, the two of us have many things to do on a daily basis. Some are day-to-day tasks, like making the bed, answering emails, food preparation and doing the dishes. Some are deadline driven things that need to be done in a timely way in order to meet our obligations, such as writing this article. Some include planning for the future, such as booking a hotel for an upcoming trip. Still others are ongoing projects that pull on our energy – nibbling around the edges of our awareness silently asking to be done.

One such project was the wood that had been sitting in a large pile at the edge of our yard, bounty left over from having cut down several trees on our property. These large logs needed to be split into firewood. We used a woodsplitting machine to break the rounds into manageable pieces, tossed the split wood into a trailer and then hauled it to the woodshed and stacked it for future use. Chipping away at the pile set us up to have an easy flow, so that each time we approached it – either with a group of friends or on our own – the work became a piece of art with a beginning middle and end. We contented ourselves knowing that this was something that would happen over time, not something that was doable all at once. Using the “put your head down and get it done” approach in this case would have been a recipe for disaster, an invitation for fatigue, mistakes and injuries. 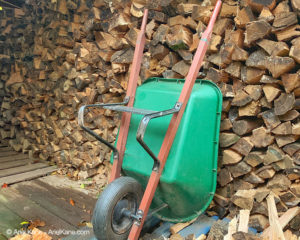 Rather than wrestling attention back to unwieldy projects as if we are slackers we find that moving from one thing to the next gives us a sense of purpose and completion that rejuvenates us. In fact, while composing this article, we stopped to make lunch, enjoyed our food while listening to an audiobook and then handled a few housekeeping errands before coming back to writing. Eventually we put the rough draft of this away for a couple of days only to return to it refreshed, with a new perspective. We found that editing and revising the text was easy rather than a chore.

When we give ourselves permission to stop and go while working on a project then we often return to something that seemed large and challenging only to find it is easily accomplished, broken down into consumable bites. Leaving something partially done and then returning to it, even after a small break for a cup of coffee, of after taking a nap, allows us to see things with fresh eyes and a clear head. Solutions that eluded us become obvious in the next moment provided we don’t try to force things to happen. This is not to say that there aren’t times when we start something and follow through from beginning to end. It is simply saying that chipping away at a project until it is complete is another effective approach.

Even pleasurable things can sometimes become dull when done in one sitting. When we run out of steam on a project, we now move on to something else. Then when we return to the original task, we are no longer lackluster and we find that our interest, creativity and energies are lively once again.

I love this possibility. Thanks so much for your insight.

Dear Ariel and Shya,
Thank you! I laughed out loud when reading what you write about ongoing projects that pull on our energy, “nibbling around the edges of our awareness silently asking to be done” – what an adorable, wonderful expression, I can virtually see a little mouse nibbling away 🙂 !
I was reading the article when taking a break from going through the vocabulary of recent Italian lessons, and learning a language sure is an ongoing project – does it ever really end? I was getting frustrated when coming across words that I’d looked up in the dictionary what felt like a dozen times before but was unable to remember their meaning, and decided it was time for a break and to read this article. I’ll work away refreshed, tutto bene!!
Big hug – un abbraccio fortissimo!!

I love this article What a great way to approach life! Thanks!

We love this! Thank you for this inspirational
article.