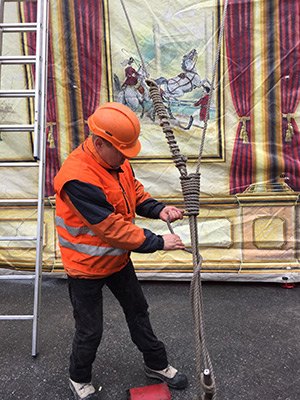 People who are desirous of being an “artist” often get confused and think that art should be an expression of their quixotic, capricious nature. Their “work” is something that is shouting, “Look at me! Look at me! Aren’t I creative?!” They are so worried about being perceived as unique and special they forget that being oneself is rare, unique and special in and of itself. Often included in the mix is the erroneous idea that being neurotic is an important component to being creative and that without those idiosyncratic or self destructive ways of doing things something valuable would be lost.

There is another possible way to look at artistic expression and an alternative definition of an artist: Those who go about their work with excellence, regardless of the profession. 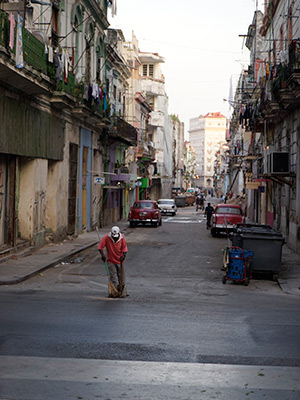 Several years back while in Seattle, we had occasion to visit an outdoor art installation that was set near the Space Needle. Olympic Sculpture Park has pieces by world-renowned artists such as Alexander Calder and Richard Serra. As we strolled the grounds we saw many folks stopping and admiring the formations. The sculptures ranged from striking to whimsical, imposing to lyrical. The day was beautiful, clouds dotted the blue skies, and it was lovely to be there.

As we walked around, we noticed that down at the corner of the property there was “art work” which was equally as captivating, and perhaps more so, than some of the sculpture behind us. There was a crew of men wearing hardhats, steel toe boots and orange reflective vests who were doing street work. The work was exacting – using jackhammers and backhoes. They weren’t looking to have people admire them; they were just doing their jobs. Watching these artisans at work was watching poetry in motion. 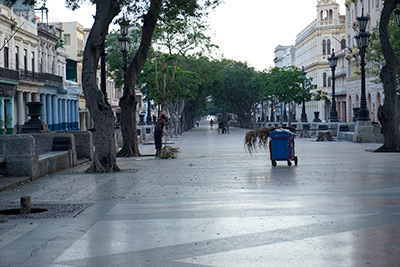 One of our favorite “artists” has been Tamrynne. When last we saw her, she was a lithe young woman in her mid-twenties who worked at a marina in Cape Cod. Tamrynne hails from South African bush country and had learned everything she knew about boats and machines and equipment during on the job training at the boat yard. Ryder’s Cove Boatyard is on a small cove and there is not enough room for all of the boats to be moored in the water so they use a system of racks. These multi-story steel structures have a series of wooden bunks and boats are placed on them side-by-side when not in use. The boats are lifted on and off these racks with a “marina bull lift” that has a lifting capacity of 23,000 lbs. Think of something with long arms that slips under a boat’s hull, scoops it up and carries it from rack to sea and back again.

Over the course of several years we would often stop and admire Tamrynne’s expertise. At first it was watching her pilot boats out to moorings or getting them ready to go to sea. And then eventually it was to watch her calmly and assuredly maneuver this huge piece of heavy equipment and gently hoist boats off the rack and carry them to where she placed them into the water right near the dock. It was like magic. 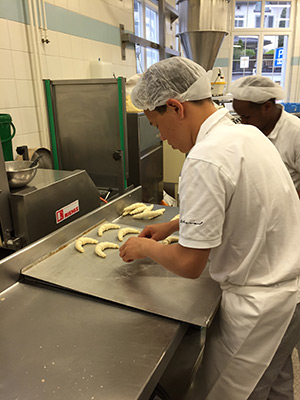 There are other people at the yard who used the lift as well but there was something about Tamrynne that always had us stop and watch awhile. It is not that she was pretty (which she was) and it is not that she was a “girl” using a big machine. It was her manner that was so captivating. Many women doing a “man’s job” would add a dose of attitude, a splash of proving – “Look at me, I can not only do what you do, I can do it better.” Not so with Tamrynne. When she piloted a boat, tied it to the dock or moved it across the yard with the lift, she did so with an unselfconscious alacrity that was inspiring. There was direct quality to her movements. There was no hesitancy, no reluctance, no apparent inner conversation of “Do I want to?” or “Can I do it?” She seemed to move through time and space with lack of resistance, no complaint. She simply worked. This is art. This is art work.