Posted at 00:00h in Not Used in Books, PEC by admin 0 Comments
Share 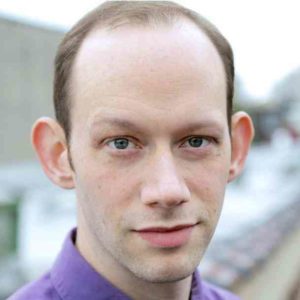 On the antiquated subway car that day, Andy discovered that his ears were perfect. Oh but there had been a time when they were not. Kids can be cruel after all.

Growing up in St. Joseph, Missouri, Andy was a normal boy except for one thing his exceptionally large, stick out from his head ears. For just about as long as he could remember his big ears had been a source of embarrassment. His parents loved him and his mom thought he was cute but she was his mother after all and Andy knew she was prejudiced. He was certain that she was mistaken and he had proof.

One day when Andy was about 10, he waited at the bus stop for “ol yeller,” the old yellow school bus, to pick him and several other local kids up for school. Wearing a red t shirt, blue jeans and high tops, Andy was self conscious, looking down at his feet, which had just started to outgrow the rest of his body, and he was surprised when his friends began to taunt him. But they didn’t razz him about his feet. It seems that his ears had caught the early morning sun as it rose above a neighboring rooftop.

“Yeah, just like that elephant. Hey Andy you could fly with those things!” Another boy yelled as the group all laughed.

Andy was dumbstruck no pun intended. He couldn’t think of anything at all to say in return. Ears aflame, Andy tried to hide them, which only made things worse.

Within the next couple of years Andy began to dream of being an actor and he confided in a teacher about his ambitions.

“You better get your ears pinned back then.” His teacher said seriously. “Because yours are just too much. ”

In middle school, Jake Pressman, a popular boy, said Andy looked like a taxicab with both back doors thrown open and that convinced him that he would never have a girlfriend.

In high school, Andy grew his hair as long as his parents would allow. Whenever he got a much needed haircut, he wore a stocking cap pulled down low to disguise those ears and eventually took to wearing that cap, even in summer. What was even better was when he finally grew facial hair. Andy discovered that big, long sideburns drew the eye and that his ready smile was a great camouflage for those unwanted “flaps” on the side of his head.

When he turned 19, Andy took a breath, took a leap and moved to New York to pursue his dream of acting and became a pizza server by night, aspiring actor by day. Headshots and acting classes, auditions and casting calls all met with minimal success. But Andy was talented he just knew he was. Something must be wrong! Could it be his ears after all?

Then he was invited by a fellow actor to a Say YES to Your Life! evening in Manhattan run by a couple named Ariel and Shya Kane. Intrigued, he asked what it was about.

“Living in the moment and accessing your hidden genius.” His friend replied.

Little did Andy know that part of his genius lay hidden behind shaggy hair, sideburns and killer smile.

One day, after attending the Kanes’ courses for a while, Shya suggested to Andy that he would be more hirable if he trimmed his hair and shaved the sideburns. Andy barely suppressed a laugh even though his girlfriend, Leah, found him cute and sexy but she was his girlfriend after all and Andy knew she was prejudiced. But Shya looked so sincere and had never given him bad advice before.

Standing in front of the mirror the next morning, Andy took a breath, took a leap and applied razor to face. Later that day he got a great haircut, too. Suddenly it was as if Andy came out of hiding. The sun from that long ago morning no longer shone through his ears but lit up his face. It was the beginning of a new Andy. It was perfection.

“Andy, you just got offered a job in a new Steven Spielberg project! They specifically asked for you because they love your look, especially your ears! I told you that they would make you money.”

The following day Andy spoke with Mr. Spielberg’s assistant, “Your call time will be at 7:30,” he had said. “But come early if you want and look around.”

That morning, he kissed his wife Leah goodbye and nerves a jumble as he stepped out of his Brooklyn apartment, Andy headed to the Brooklyn Transit Museum where he was scheduled to shoot that morning. The movie was a period piece and they were doing the scene in one of the vintage cars.

The lights, the set, the cables, the costumes, the crew it was all very exciting. But nowhere near as exciting as playing across from a famous actor he had admired his whole life Tom Hanks. And it was nothing compared to hearing Mr. Spielberg’s heartfelt comment, “Andy, if Norman Rockwell were alive today he would surely paint you.”

Before the day was done, they shot scene after scene and several close ups of Andy and his exceptionally large, stick out from his head, absolutely perfect ears.